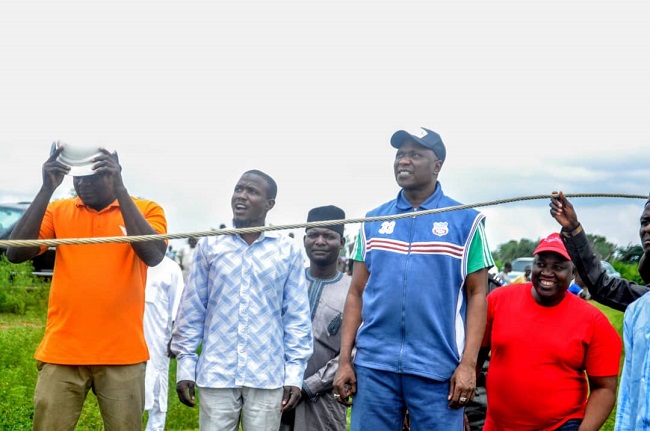 After several months without electricity supply, residents of Ningi and Warji LGAs of Bauchi State can now heave a sigh of relief as efforts have been intensified to restore power supply to the areas.

Speaker of the Bauchi State House of Assembly, Abubakar Y Suleiman, who inspected the ongoing repair works on the power line on Sunday along the Bauchi-Ningi Road, was satisfied with the progress of the work.

The Speaker who was received by engineers and other workers carrying out the repairs, expressed his appreciation on the commitment of the workers and urged them redouble effort to finish the work early.

According to him, the collapse of the Ningi electricity supply has been his nightmare for months.

However, Suleiman said that, “I am so much happy that light will be restored to Ningi and our neighbouring local governments in a matter of days. Ningawa will be reconnected to national grid.”

The speaker also expressed his appreciation to Governor Bala Mohammad and Bauchi State Ministry of Power and Technology for timely release of fund and commencement of the repair.

The Speaker was accompanied by his Special Adviser on Political Matters, Alhaji Isah Haruna Tiffi, Special Assistant, Malam Sunusi Musa and other aides as contained in a statement by Abdul Ahmad Burra, the spokesperson to the Speaker.

Magu: We have not submitted any interim report ― Salami panel