•Gets 4 million doses of vaccine from FG 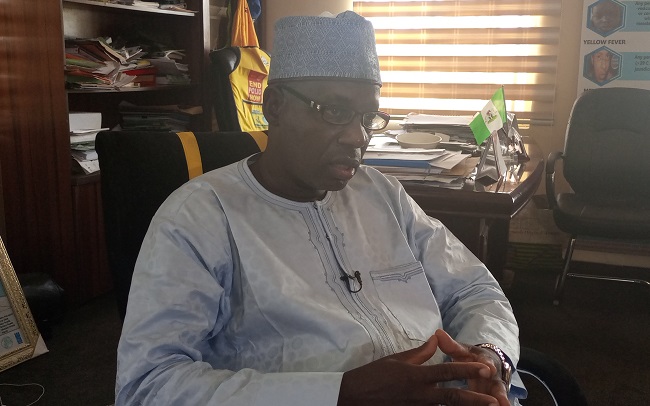 Bauchi State has recorded a total of 19 deaths of Lassa fever between January and November 2020 as well as 10 deaths from yellow fever.

Also, the state has 22 confirmed positive cases of yellow fever in Ganjuwa LGA out of the 63 samples tested while Lassa fever is only in two LGAs of Toro and Tafawa Balewa.

These disclosures were made by the Executive Chairman of Bauchi State Primary Health Care Development Agency (BASPHCDA), Dr Rilwanu Mohammed while briefing newsmen on the situation of Lassa and yellow fever in the state.

Rilwanu Mohammed, however, said that already, the state has received 4 million doses of yellow fever vaccine from the federal government saying that vaccination will be conducted in January 2021 with the target population of ages 1 to 44 who are vulnerable.

The BASPHCDA chairman explained that efforts are on to ensure that the yellow fever outbreak did not spread to other LGAs in the state as well as neighbouring states of Kano and Jigawa.

He added that the vaccination for yellow fever will be conducted in 19 LGAs in the state with the exception of Alkaleri which had its vaccination in 2019 due to the outbreak there.

Rilwanu Mohammed, however, lamented that the Agency is worried because of the apathy being exhibited by people who are refusing to be vaccinated in spite of the education and enlightenment programs embarked upon by the Agency saying, “we have radio, television and other messages, yet the people are not responding.”

He, however, assured that the Agency will not relent in the public enlightenment program until the aim of vaccination against the spread of the disease was achieved.

The BASPHCDA chairman said that a modern isolation camp is been constructed in the state which will be used for the treatment of all those infected saying however that for now, General hospitals in Kafin Madaki and Ningi are being used while serious cases are referred to Abubakar Tafawa Balewa University Teaching Hospital (ATBUTH) for proper treatment.

He then appealed to people to imbibe the culture of hygienic living by keeping their environment clean in order to reduce the breeding of mosquitoes that are the main vectors of the disease.

He also advises farmers or others who go into the bush to spend months working to always use clothes that will cover their bodies to prevent them from mosquito bites and be free from yellow or Lassa fever.

He then commended the federal government for releasing the 4 million doses of vaccines to the state assuring that the vaccines will be judiciously used when the campaign begins in January 2021.

Controversial Catholic priest and Spiritual Director of Adoration Ministry, Enugu, Nigeria, (AMEN), Rev Fr Ejike Mbaka, has taken a swipe at President Muhammadu Buhari and past leaders of the country demanding that the President should apologize to the country, especially the youth, on behalf of himself and his predecessors, for causing Nigerians so much pain…Bauchi records 19 deaths  Bauchi records 19 deaths