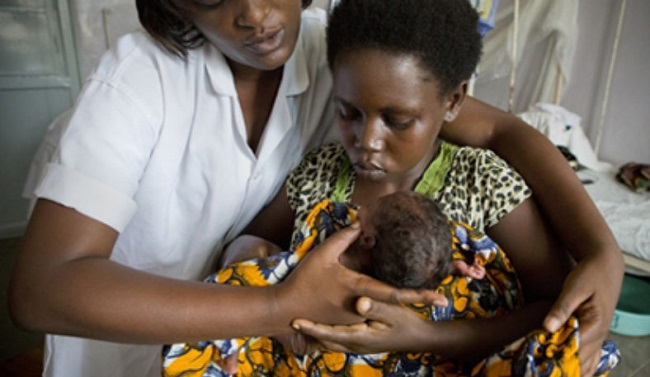 Health records have revealed that a total of 131 pre-natal, as well as 90 maternal deaths, were recorded across 60 supported PHCs in Bauchi State in 2020.

The statistics was given by the State Technical Director of USAID funded Integrated Health Program (IHP), Dr Ibrahim Alhassan Kano while speaking with Journalists at the end of a one day pause and reflection.

He said that the meeting was aimed at impact assessment and review meeting on those activities that were planned for the last quarter of 2020 to know the progress made implementing those activities to ensure that they are fully aligned with the state strategic plan.

Dr Ibrahim Kabo who said that though the development showed that the state has improved in terms of reporting, the major challenge has to do with reviewing of the mortality cases lamenting that out of the 90 maternal death cases only 7 were reviewed.

He added that, “out of the 131 pre-natal deaths, none was reviewed. Until and unless reviews are taking place there is no way that the problems will be resolved, defined and solution found for them.”

“There are defined interventions to be provided to fashion out the way forward because we do know that it is a problem that requires the collaboration of all the stakeholders and the media as well. This is one of those things we are articulating here to ensure that we find out what is the way forward as the state is leading the process”, he added.

The IHP Technical Director further said that “all of us need to come together to articulate how to improve on reviews of those mortality and prenatal deaths and also to identify concrete actions needed in moving forward until less number of women and children are dying in all of the facilities across the state.”

On the problems identified as causes of the problem, he said that “we were brainstorming to find out what was wrong that the reviews were not taking place and we kind of came up with so many factors. One of the major factors is lack of manpower because for you to do a good review, you need to have a kind of people or personnel at the facility that know what they are doing, those that can be strengthened, build their capacity to do, not only report mortality or deaths and additionally should be able to look at all the processes that culminate in the death of women.”

He stressed that the personnel will then be able to work together to find out what is the root cause of the problem and then be able to come together and know what should be the intervention required which could be immediate, short term or long term enabling them to source at the facility or at the LGA level or at the state or national level.

Ibrahim Kabo further said that, “there is also the issue of reporting tools, print and distribution to be able to document because all the causes are there to see. There is also the need for training, retraining and refresher causes for the personnel on how to keep such vital information to assist reviews.”

“They also need to update and standardize their skills to be able to perform efficiently and effectively in terms of conducting the reviews. There is also the need to improve communication between the facilities and the state as well as strengthen the state steering committee so that they will be able to work efficiently and effectively but more importantly there is the need to have a budget line for these activities at the state annual operation plan,” he added.

Ibrahim Alhassan Jabo then advised that the state should take ownership of the programme so that the state will be able to stand and continue when the partners are off but by the side for technical support.