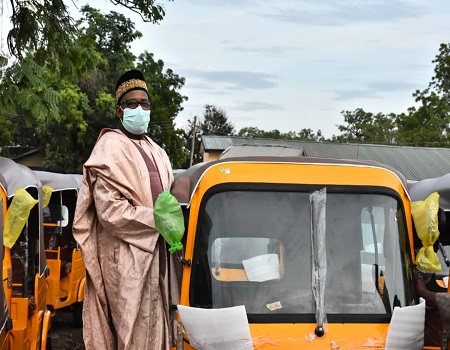 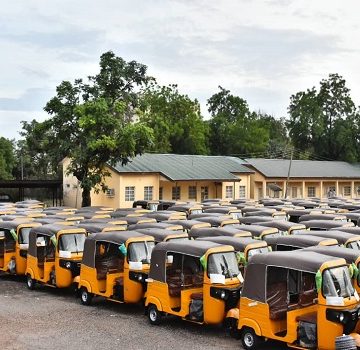 The governor late Monday evening while inspecting the tricycles at one of the government warehouses in Bauchi metropolis said that the purchase of the Keke was to cushion the negative effects of the ban of the Achaba on the beneficiaries, the operators and the commuters alike.

Bala Mohammed said that already, the state government has released the sum of N250 million out of the amount budgeted for the procurement declaring that a total of 300 units would be distributed to members of the NURTW and NARTO as part of government’s desire to ensure the advancement of the transport sector.

He said: “As you are aware, we have pledged to provide the necessary tools and ingredients for the people of our state as part of the ongoing fight against COVID-19 pandemic to enable citizens to exercise social distancing.”

The governor added that “We have since stopped the operations of Achaba, this 350 of this Keke Napep is among 1000 we planned for distribution to our people who were affected by the suspension of okada. This tricycle would be distributed under hire purchase.”

The governor further said that the World Bank has supported the state government for the actualisation of the project and for women and youth empowerment saying that, “Whatever we are doing in Bauchi, we are doing it with planning, we have got support from World Bank for support to some sectors and we are grateful to them” as contained in a statement by Mukhtar Gidado, Senior Special Assistant on Media and Publicity to the governor of Bauchi State.

It will be recalled that the governor had while baning the opposition of motorcycle as a means of commercial transportation in the state promised to procure tricycles to replace the banned motorcycles in order to ease the burden and hardship commuters are facing.