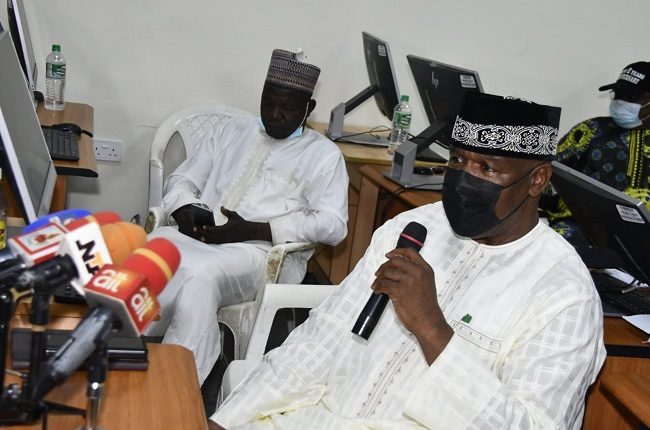 Worried about the unending bottleneck militating against smooth operation of salary payment and in a bid to bring it to a definite end in order to make salary administration in the state seamless, Bauchi state government has announced the introduction of a statewide nominal roll system.

The disclosure was made by the Secretary to the State Government, Barr Ibrahim Kashim while briefing Journalists on the outcome of an emergency meeting of critical stakeholders in the salary administration held at his office, Government House, Bauchi.

Ibrahim Kashim said that the emergency meeting discussed extensively on the achievements recorded so far by the state government in tackling challenges in the payment of salaries and to work out new modalities of ensuring efficiency of the new salary system introduced before its handing over to the office of the State Head of Civil Service.

He further explained that, the adoption of the statewide nominal roll system is to provide a credible system for the payment of salaries in both state and local government to ensure sanity in the payroll.

Ibrahim Kashim added that, “The aim of our meeting today is to discuss what we have achieved so far and we are satisfied with the new system and it will be handed over to the office of the Head of civil service”.

According to the SSG, “By the grace of God, the issue of anybody being left in the payment of salary would be a thing of the past because now the responsibility is solely for MDAs.”

The SSG recalled that, since 2019, the state government engaged a consultant with a view to resolving the lingering challenges in the salary administration in the state and has achieved a lot in identifying many fraudulent activities in the system.

He stressed that, “His Excellency is reforming local government system and part of the reforms is granting them autonomy by the Governor.”

The Head of Civil Service, Alhaji Yahuza Adamu who appreciated the support of civil servants to the present administration, said his office will ensure effective implementation of the new salary administration system for the benefit of workers.