Bauchi IDPs: We were given 300 bags of expired rice which we destroyed 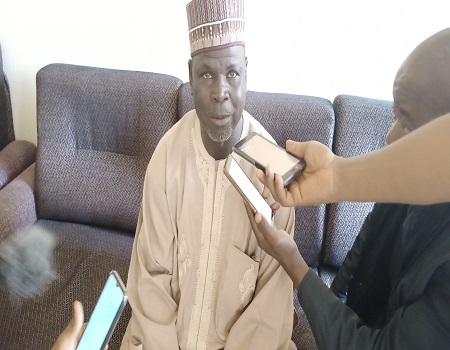 Internally Displace Persons (IDPs) staying in Bauchi State have alleged that a few months ago, 300 bags of expired rice were given to them but they had to destroy the consignment to avoid health hazards.

While briefing newsmen on their plight on Wednesday, Chairman of the IDPs in Bauchi state, Buba Musa Shehu said that the bags of rice meant for the IDPs were destroyed because they had overstayed in the store, therefore, making them dangerous for consumption.

The Chairman addressing who spoke to Journalists at the NUJ Secretariat also alleged that the 300 bags of rice were supplied by the Presidential Committee on North-East through SEMA but was kept in the store until it expired and not fit for human consumption.

The IDPs leader said that, “It is not every time we get relief materials or supply from government, but most time if SEMA and Presidential Committee on North-East Development receive relief materials, instead of sharing it in time they will keep it in store for a long time and by the time that they would share it is already expired and that was how we wasted three hundred bags of rice, we want government to look into this issue”.

Musa Shehu called on Bauchi State, Federal Government and North-East Development Commission to give them relief materials regularly so that they would be able to meet up with the challenges they are facing as IPDs.

According to him most of the IDPs have nothing to eat and to reduce over-dependence on government, they should be trained in various skills acquisitions ventures so that they would be self-reliant.

On some among the IDPs who are in the habit of castigating government in the media, he advised that, “I know hunger is biting on us hard in the camp, and we have many problems but, I am calling on my people to stop condemning government unnecessarily on the issue of relief materials supply and they should channel their grievances through the leadership of the IDPs and SEMA”.

He further lamented that sometimes, they would stay for one to two years before they get supply saying that is nothing good for them as they have immediate needs to tackle which include paying house rents and school fees for their wards.

When contacted for reactions, the  Permanent Secretary of the State Emergency Management Agency (SEMA), Shehu Ningi denied the allegations saying that as far as he is concerned, SEMA has not even received any consignment meant for IDPs for the year 2019.

Shehu Ningi who spoke to our Correspondent on phone explained that there many sources of relief materials supply to the IDPs in the state who he said are not in the same camp but spread around areas in the towns they choose to stay and so anything meant for them are distributed through the heads of each area.

The Permanent Secretary then promised to investigate the allegations and make his findings public as soon as possible in order to clear the air on the issue.