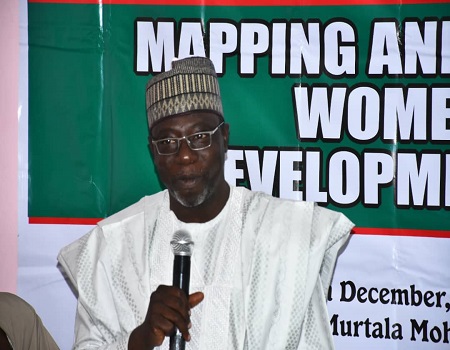 Women in the export development have been assured of the support of the Bauchi State Government to help advance their capacity and boost economic base.

The assurance was given by the State Commissioner for Commerce and Industries, Alhaji Mohammed at a mapping and sensitization workshop for women in export development organized by the Nigerian Export Promotion Council held in Bauchi.

Alhaji Mohammed Sadiq described the workshop as relevant and timely, as it marks yet another milestone in the face of the present administration’s noble drive aimed at encouraging self-employment as a basic tool for self-reliance and economic emancipation of women.

He noted that the workshop will among others, sensitize and build the capacity of women in export development, collecting and disseminating quality data on women’s economic participation in the state and to group women into different clusters within the State with the aim of accessing tailored made incentive from the council.

He stated that “It is my pleasure to welcome you all to this very important sensitization workshop for women-owned businesses in Nigeria. “I must mention my deep sense of appreciation to the Nigerian Export Promotion Council; for organizing such an important workshop.”

According to him, the advantages to be derived from the workshop includes; reducing unemployment level, curbing idleness, reducing crime rates among women and inculcating among women the spirit of self-reliance.

“I wish to at this point, use the opportunity to solicit the cooperation of all participants in ensuring the successful attainment of the set objectives of the workshop”.

In a remark, the Executive Director, Nigerian Export Promotion Council, Mr Olusegun Awolowo said the workshop was part of efforts of the council to develop and promote the participation of women in the non-oil sector of the nation’s economy.

Represented by Head of Division Women in Export, Mrs Letricia Onu, Segun Awolowo said that over the years, there has been a discourse on the need to mainstream women in economic activities to curtail dysfunction that could degrade family incomes and well being.

He added that ” The aim of this project is to increase the economic benefits businesswomen in Bauchi gain from participating in International trade.”

2019 pilgrimage in Israel: Clergy, pilgrims pray for transformation in Nigeria