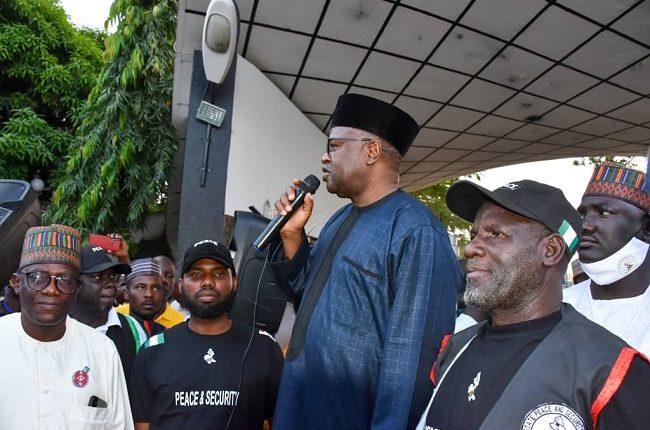 After the attack on members of the local vigilante group known as ‘Yan Komiti’ by hoodlums, Bauchi State government has reaffirmed its commitment to strengthening the activities of peace and security committee in the state as part of an effort to encourage such initiatives.

The reaffirmation was made by the State Governor, Sen Bala Abdulkadir Mohammed when he received members of the committee who paid him a courtesy visit at the Government House, Bauchi on Friday.

The governor, who was represented by the Chief of Staff, Government House, Dr Ladan Salihu thanked members of the committee for their selfless service to humanity assuring them of government’s support in order to ensure that security is maintained in the state.

Bala Mohammed, while sympathising with the committee over the attack in its office in Bauchi metropolis, said that security agencies will identify those who were involved in the act so as to serve as a deterrent to others.

He said that “Government and even please know what you are doing in the maintenance of peace and security in the society especially assisting security agencies in information gathering and community reconciliation among others.”

He then pledged continued support to security agencies and other local security volunteers as a measure to overcome and tackle security challenges across the state.

Speaking earlier, Chairman of the group, Sani Yakubu said that despite the attack in its office, the committee will not relent in working against all forms of criminal activities and social vices in the society.

The Chairman said the attack has ginger the morale of the members of the peace and security committee to redouble effort by coming up with new plans of protecting the lives and property of the citizens.

It will be recalled that a few days ago, some hoodlums stormed and attacked the Committee members in their office at Kofar Dumi wounding some of them as well as burnt down two operational vehicles.