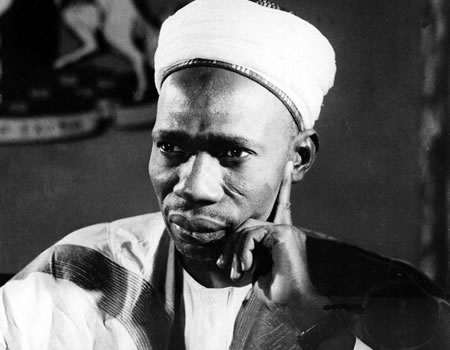 Worried by the dilapidation of the tomb of Nigeria’s first and only Prime Minister, late Sir Abubakar Tafawa Balewa which has been neglected to decay over the years, the present administration in the state has expressed its plans to rehabilitate the entire complex in order to make a befitting edifice.

The expression was made public on Friday, by the Bauchi State Commissioner of Culture and Tourism, Dr Asma’u Ahmed Giade during the annual memorial lecture and prayers for the repose of the soul of late national leader organised by the state government held at the tomb.
The Commissioner said that the complex was neglected for decades by past administrations revealing that the present administration had set a plan in motion to renovate the place so that it could attract more tourists from within and outside the country.
Asma’u Giade said that “I will not forget to also acknowledge First Bank of Nigeria Plc who had declared interest to contribute towards the renovation of the tomb. Also, I will not round off my speech without mentioning the efforts of National Commission for Museums and Monuments (NCMM) and particularly Shehu Baba Azare, in doing his ultimate best to see that Sir Abubakar Tafawa Balewa remembrance day becomes a reality in Bauchi state.”
She added that “Before I round up, I want to acknowledge the effort of the Nigeria Deposit Insurance  Corporation for their numerous contributions to the upgrading of the Sir Abubakar Tafawa Balewa tomb.”
She said the state governor Senator Bala Mohammed, last year declared every January 15 as a day of prayers for late Sir Abubakar Tafawa Balewa adding that the State House of Assembly had made legislation to make the day official.
In his remarks, the eldest son of the late Prime Minister, Malam Yakubu Abubakar Tafawa Balewa, lamented that the children of the late icon are not being carried along in the scheme of things in the nation.
The state governor, Bala Mohammed, was represented at the occasion by his deputy Senator Baba Tela while the chief imam of Bauchi central mosque Sheikh Bala Baban Inna, Sheikh Dahiru Usman Bauchi and Bauchi State CAN Chairman, Reverend Abraham Damina Dimeus offered special prayers for the repose of the soul of Abubakar Tafawa Balewa.