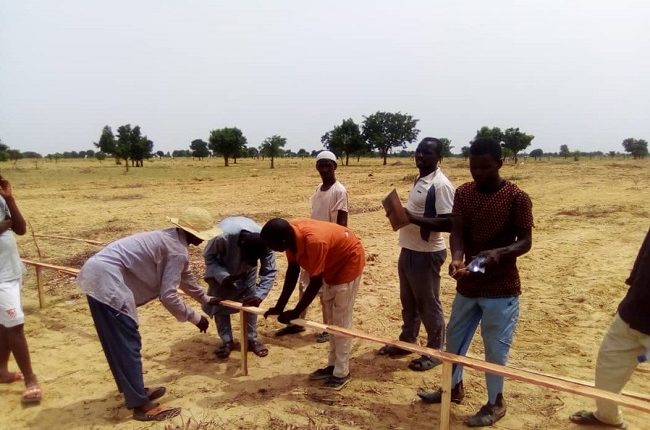 In its resolve to solve accommodation problems facing staff people of Misau particularly civil servants posted to the area, Bauchi State government has acquired a plot of land near the Bauchi State University Campus for the construction of 250 affordable houses.

This was disclosed by a Director in the state Ministry of Housing and Environment, Yamai Mohammed who is also a member of the Bauchi State Projects Monitoring and Evaluation Committee (BASPMEC) during an inspection visit to the site over the weekend.

He explained that the state government is constructing a total of 2,500 housing units across the six Emirates in the state which are Bauchi, Katagum, Misau, Ningi, Jama’are and Dass for sale to the citizens at affordable prices.

According to him, the land was acquired earlier at the outskirt of the town noting that governor Bala Mohammed, however, directed that a new plot should be reacquired close to the town so that people who will get the houses after the completion of the project would have access to social amenities.

Yamai Mohammed also said that the new place was chosen because of its proximity to the University and another government 10 houses estate adding that all arrangements have been concluded to pay compensation to the farm owners measuring 27 hectares.

He further explained that the mandate of the committee is to monitor the execution of projects from beginning to the end and ensure value for money.

The committee which also visited the project sites in Katagum and Jama’are local governments urging the contractors to engage the services of local labourers from the host communities and patronize sellers of blocks, sands, woods and other building materials from them with a view to empowering them.

It will be recalled that early March, the State Governor, Sen Bala Mohammed Abdulkadir did the groundbreaking of the construction of 2,500 housing units which will be spread across the state in its bid to ease accommodation problems facing people of the state.