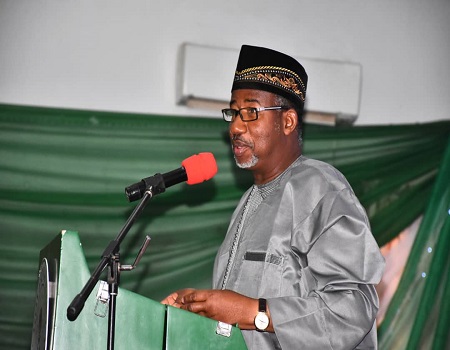 Children under the age of five years who are suffering from Severe Acute Malnutrition (SAM) have finally been provided with the necessary treatment as the state government has procured ten trucks of the Ready To Use Therapeutic Food (RUTF) needed for the treatment of the disease.

This was announced by the State Governor, Sen Bala Mohammed Abdulkadir while responding to a question about the situation of RUTF out-of-stock in the state last five months.

Bala Mohammed who hosted a Media conference to mark his first 100 days in office on Saturday lamented the plight of the SAM victims and their parents assuring that his administration will do everything possible to take care of the children.

He added that though the development partners have expressed their determination to end their contribution to the provision of the commodity, his administration has been able to appeal to them to extend their partnership till sometime next year.

Bala Mohammed declared that his administration has released counterpart funding to the development partners and have procured the commodity which will be able to immediately ameliorate the suffering of the victims.

He said that the partnership is costing his administration several billions of Naira but pointed out that it is worth it if only to save the lives of the innocent children who are regarded as leaders of tomorrow and must not be allowed to die.

He then assured that in the next few days the State Primary Healthcare Development Agency will start the immediate distribution of the commodity to all the 27 CMAM Centers across the state.

It will be recalled that the out-of-stock situation of RUTF in the last four months has claimed the lives of 70 children in the state while many others are languishing as they are being turned back from the CMAM Centers.

Quote Of The Day