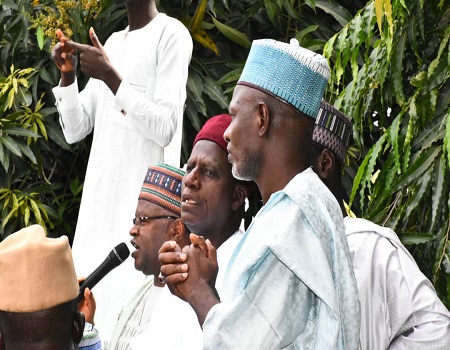 As part of its efforts to alleviate the sufferings of people living with disabilities and ensure that they relate well with others, Bauchi State Government has reassured of its commitment towards supporting them to make life better.

The assurance was given by the State Governor, Sen Bala Abdulkadir Mohammed while receiving members of the Joint National Association of Persons with Disabilities at the Government House, Bauchi on the celebration of this year’s International Day of People with Disabilities.

The Governor who spoke through the PDP Deputy Chairman in the state, Bala Hadis, said that in order to cater for their needs, his administration will consider restoring the Agency for the People with Disabilities.

Bala Mohammed who pledged to come up with programmes beneficial to them in order to have a sense of belonging expressed concern over the challenges facing people with disabilities in the state.

Members of the group who spoke during the courtesy visit applauded the Governor for giving desired attention to the education sector in the state saying that the development will change the sector positively.

They used the medium to appeal to the state government to look into the possibility of restoring the Agency for the People with Disabilities so as to overcome their challenges.