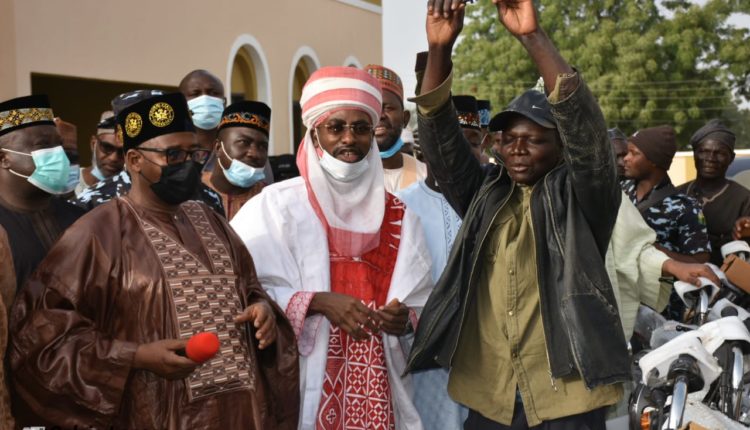 Bauchi State governor, Senator Bala Mohammed, has warned traditional rulers and community leaders to steer clear of indiscriminate land allocations that fuel herders/farmers clashes which have claimed innocent lives in the past.

The governor gave the warning while hosting ward heads, community and religious leaders in Alkaleri Local Government Area in continuation of his meeting with stakeholders in the area.

He appreciated their contributions in the sustenance of peace through proper guidance of their subjects, advising them not to engage in any act that will disrupt the peace in the area especially issues of land allocation.

The governor therefore warned them against using their positions to cause farmers/ herders conflicts through sale or illegal allocation of land in their respective areas.

Governor Mohammed also donated 10 motorcycles to volunteer security operatives in Duguri District of the local government and pledged to be assisting them with monthly stipends to enhance their operations.

While presenting the vehicles at the palace of the District Head of Duguri, Mohammed said that the move was to encourage them on their sacrifices towards securing lives and properties of the local communities.

(JUST IN): Two killed as hoodlums clash in Lagos Island