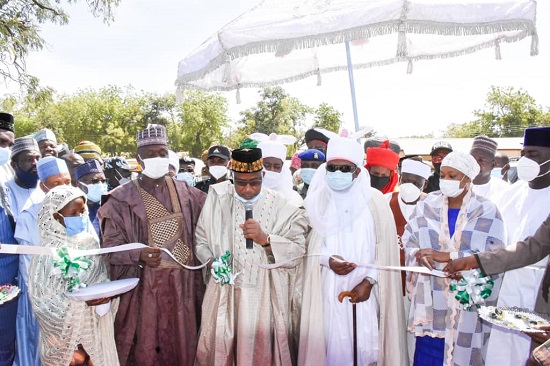 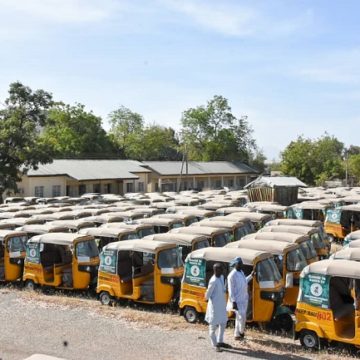 Bauchi State Governor, Sen Bala Mohammed Abdulkadir, has sounded a note of warning to officers and men of the Federal Roads Safety Corps (FRSC) operating in the state to desist from terrorising and extorting motorists in the state in order to ensure a free flow of traffic.

The Governor who flagged off the distribution of 655 tricycles and 154 units of commuter buses in the state declared that the illegal activities of the Roads Safety men have become a major impediment to free flow of traffic in the state as motorists and other road users are complaining about the activities of the officers and men.

It was the second batch of the 1000 tricycles and 154 commercial buses he promised to distribute as government’s economic employment Programme to reduce unemployment and ensure self-dependent by youths in the state.

“Of course, I can see and reason with the Transport Union and Transport users, sometimes, they are subjected to a lot of problems and challenges ranging from people that are trying to make some enforcement.”

“I will call on BAROTA to enforce our roads rules with a human face, to make sure they do delineation, to make sure they do sensitisation and to tell people what to do, not just to apply the law because I am a politician. I work by persuasion, I work as a stakeholder to ensure that nobody is subjected to unnecessary pains.

“With this, I will call on BAROTA to make sure they start immediately with the aspect of sensitisation for the Unions and the road users to buy in the template for making sure we do what is required.

“At this point, I want to call on other law enforcing agencies like the Federal Road Safety Corps. I have noticed that sometimes, they stay within the town and they will just be collecting money from the drivers and forcing them into unnecessary problems. I will not allow that.

“I am discussing with the House of Assembly and with the Chief Judge in order to come up with executive orders, orders that will make us safe and secure from all aspects of our national lives. We must do that in order to provide some succour and solace for our people.

“We are not inimical to the activities done by them but I am calling on them publicly that I will not stay, look and allow our people to be subjected to the agony of collection and collection unnecessarily,” he said.

Speaker of Bauchi State House of Assembly, Abubakar Y Suleiman, in his remarks commended the PDP led administration for having it as a top priority fighting unemployment among the youths in the state.

The Speaker assured that the legislative arm will continue to support the executive arms in the performance of its functions because according to him, development of the state is the main essence of governance.

The leadership of the three transport unions in the state, NURTW, RTEAN and Commercial Tricycles Operators in their separate remarks, commended the State Government for the gesture assuring that the aim will not be defeated as the loans will be repaid as scheduled so that others will benefit in turn.