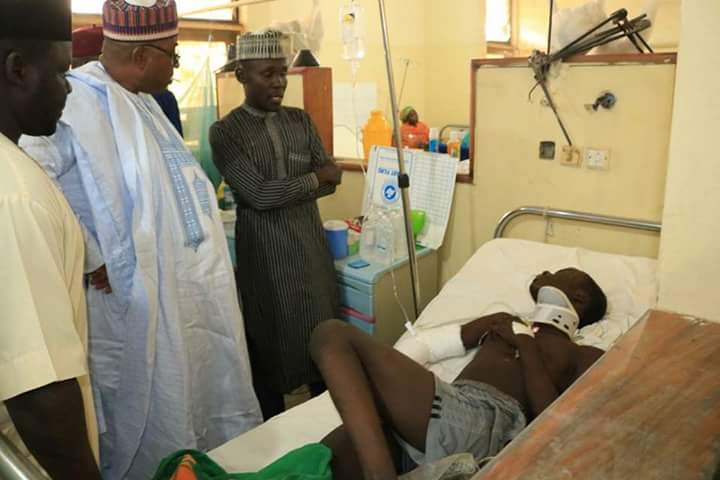 The Governor had earlier sent a powerful delegation led by the Secretary to State Government, (SSG), Mohammed Nadada Umar who himself is an indigene of Misau on an on-the-spot assessment of the condition of the two survivors.

While at the hospital, the Governor was briefed by the team of medical personnel attending to the victims who also took him round to see their condition and how they are responding to treatment.

Mohammed Abdullahi Abubakar was reported to have announced that his administration will take up the medical expenses of the survivors just as he requested that regular information of their needs be forwarded to his office without any delays.

He sympathized with their families and assured them that government will do anything humanly possible to see that the survivors got the required medical attention.

The survivors are one teacher, Muhammad Inuwa and one student, Alkasim who are receiving medical attention at the intensive care unit of the hospital in Kano.