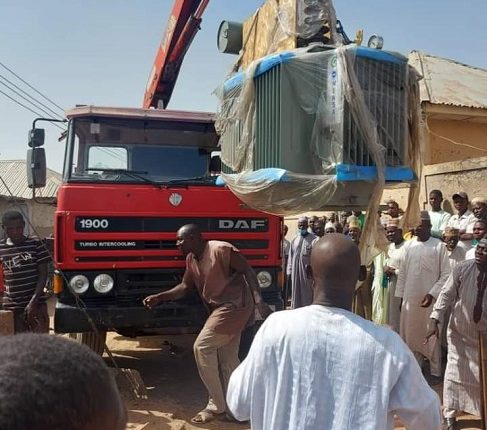 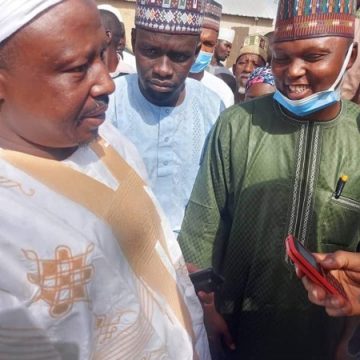 After more than one year without electricity supply due to damaged transformer which led to the death of the village head, Sabon Kaura Community in Bauchi Local Government Area can now heave a sigh of relief as the state government has supplied and installed a 500KVA transformer to the area thereby bringing back electricity to the community.

Speaking with Journalists on the project which was approved by the state governor, Sen Bala Mohammed Abdulkadir, Senior Special Assistant on projects to the governor, Alhaji Musa Ahmed Azare, said that the installation of the brand new 500 KVA transformer to the community is about to be completed.

Muza Azare also said that when the Governor heard the complaint of the community, he directed him to investigate and give him a report and recommendations and immediately he submitted the report, the governor directed him to provide them with the new 500 KVA transformer to boost electricity supply in the area.

The Senior Special Assistant to the governor on projects further explained that the governor had set up a special committee that is going round the 20 local government areas of the state to restore electricity supply in the communities that were cut off due to one reason or the other.

He said that some have their electric poles destroyed while some have their transformers busted while there is also intervention from the ministry of power saying that the construction of over 2000 boreholes to provide potable water to the communities in rural areas is ongoing.

He commended the Sabon Kaura community for their support and steadfastness towards the success of the exercise and assured them of the readiness of the state government to provide them with more social amenities.

He said his elder brother, late Village Head of Sabon Kaura died in the struggle to restore light to the community. When the transformer busted, he lodged a complaint to the Jos Electricity Distribution and he was advised to see one senior officer called Baba Jada, the day they will assemble to meet the officer at 10 o’clock in the morning, he went to the mosque for early morning prayer and fell in the culvert and died.

Abdussalami Umaru said that his son who has been a welder for about eight months now,  could not open his shop which also stopped him from continuing with his education because of lack of money to buy a generator to enable him to continue with his business.

Not only his son but almost all businesses that have a direct link with electricity power were also crippled in the area he added, “we have to take our corn and other things to Yelwa to grind before we are able to cook food.”

Ward Head of Birshi,  Alhaji Lawal Ahmad, said the entire community were excited about the project and are proud of the project as it brought succour to the community. He stressed that it will alleviate their sufferings.

He assured that the community will support the project to give it the protection it deserves, if the community had their own way they could have restored the light since but the transformer blew and the damages it cost were too much.

He added that “it was to the extent that we cannot salvage the situation until the government intervened and provided our community with a bigger transformer, we thank the almighty Allah for the intervention that saved not only the entire community in Sabon Kaura but also its environs.”

In spite of the huge investment in the water sector by the government and international organisations, water scarcity has grown to become a perennial nightmare for residents of Abeokuta, the Ogun State capital. This report x-rays the lives and experiences of residents in getting clean, potable and affordable water amidst the surge of COVID-19 cases in the state. Bauchi gov lifts community out of one-year darkness that claimed life of village head

Passion, purpose helped me win against all odds ― Mr Macaroni