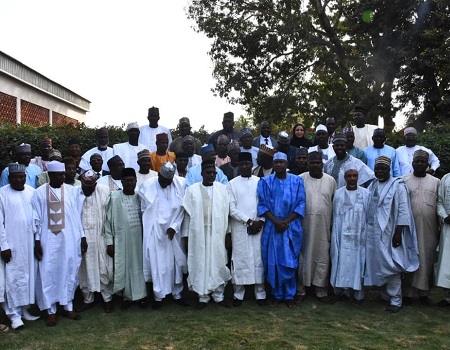 Members of the Bauchi State House of Assembly have been applauded for joining hands with the Executive arm in deepening parliamentarian practice in the discharge of their constitutional functions of legislation and checks and balances for growth and development.

The applaud of the Legislature was made by the Bauchi State Governor, Sen Bala Mohammed Abdulkadir when the lawmakers led by the Speaker, Abubakar Y Suleiman paid him a congratulatory visit on his recent victory at the Supreme Court on Tuesday.

Bala Mohammed observed that, despite their political differences, members of the Assembly have supported his administration through mutual relationship since the two of them assumed duties in 2019 following their victories at the general elections.

Bala Mohammed attributed the successes so far recorded by his administration in the last few months of inception to the support and cooperation of the lawmakers and called for its sustenance stressing that without such, the state will not move forward positively.

The Governor while expressing gratitude to the members of the Assembly for reaffirming their support to his administration, said that their support will enable citizens of the state to reap dividends of democracy.

The governor then emphasized the need for synergy and mutual understanding among the two Arms of the government to ensure the speedy transformation of the state.

The Governor also said that to ensure effective service delivery in line with international best practices, the government will look inward at sourcing other sources of incomes as well as improving the State’s Internally Generated Revenue.

While speaking Earlier, the Speaker, Abubakar Y Suleiman said that the visit was to congratulate the Governor over his victory at the supreme court and to reaffirm their support to his administration.

It will be recalled that at the end of the 2019 general elections, the APC won 21 seats in the State House of Assembly, the PDP won 8 seats while the NNPP won one seat, also while the APC got the Speakership seat, the PDP got the Deputy Speaker seat a development that took the Assembly in to crisis for about 3 months before it was politically and diplomatically resolved.