Bauchi emerges 1st in Tax Remittance in Nigeria for 2022 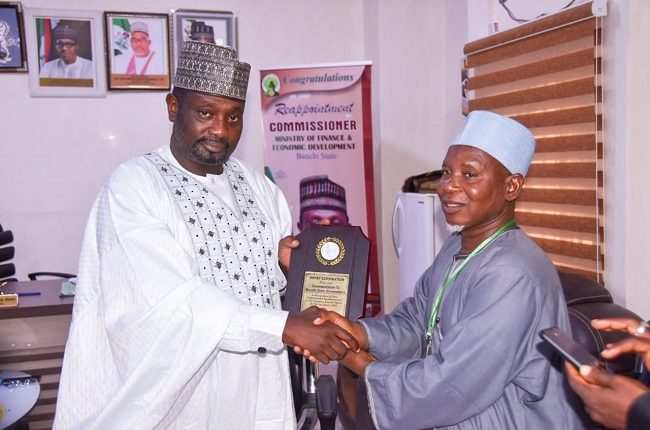 Bauchi State has emerged as 1st in Tax Remittance in Nigeria for the first quarter of the year 2022.

The disclosure was made by the State Coordinator of the Federal Inland Revenue Service (FIRS), Mohammed Abare Mayanda who on behalf of the service presented the award letter to the Commissioner for Finance and Economic Development.

According to him, “On behalf of the Federal Inland Revenue Service (FIRS), we are here to present this award to His Excellency, the Executive Governor of Bauchi State through the Commissioner of Finance and Economic Development on the emergence of the state as the 1st on Tax Remittance in Nigeria.”

The FIRS Coordinator appealed to the state government not to relent in coming up with sound tax policies that will contribute positively towards improving its internally generated revenue for the benefit of both government and its citizens.

Responding, the Commissioner for Finance and Economic Development, Modibbo Abdulkadir Ahmed who received the award on behalf of Governor Bala Mohammed, expressed gratitude to FIRS for finding the state worthy of the recognition.

Modibbo Abdulkadir attributed the emergence of the state as the 1st in Tax Remittance to the commitment of the administration of Governor Bala Mohammed to the implementation of tax policies and programmes.

He said that “This recognition has shown that Bauchi State under His Excellency, Senator Bala Abdulkadir Mohammed is doing good in Tax Remittance and we must appreciate the Governor for his outstanding support to our ministry and in particular in the prudent management of the resources of the state.”

Nigeria is blessed, must not fail, says Oba Gbadebo