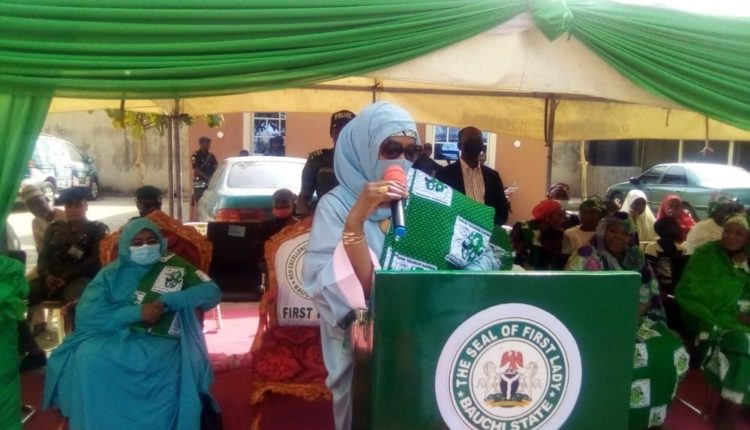 An action committee on sexual and gender-based violence has been constituted by Bauchi State Government to address cases of rape and violence against women in the state.

The disclosure was made by the Bauchi State First Lady, Hajiya Aisha Bala Mohammed who stated that the state government constituted the Action Committee recently following an increase in cases of violence against women particularly rape across the state.

The First Lady stated this over the weekend during the commissioning of the state office of the National Council of Women Society (NCWS) in Bauchi stressing the importance of women in development of the nation.

According to her, the Action Committee was set up in view of government’s concern on the plights of women and its determination to address their problems.

The First Lady commended various stakeholders in Bauchi State for ensuring the enactment of Violence Against Persons Prohibition (VAPP) law noting that the Committee was formed to enforce the law.

Aisha Mohammed said that, “The committee has so far achieved a lot in terms of enlightenment on sexual and gender based violence which led to reduction of the menace. I call on women to support any move that will ensure their protection.”

Speaking Earlier, the State Chairperson of the NCWS, Barrister Shafa’u Ladan explained that the National Council of Women Societies was established with the aim of improving the welfare, progress and standard of living of women in Nigeria.

She advised women to rise up and face the challenges hampering their development by acquiring education and participation in the scheme of things in the nation assuring that the NCWS will remain at forefront of struggles of women.

PANDEF at Jonathan’s home over worsening insecurity, clamour for restructuring,…