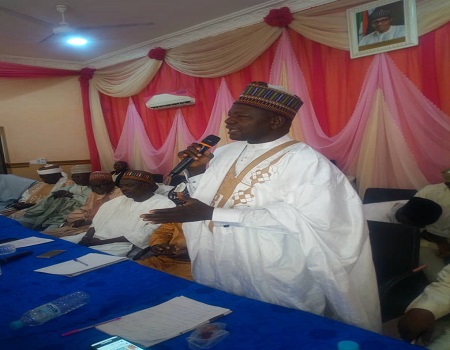 Determined to promote transparency and accountability throughout the entire budgetary process, Bauchi state government has commenced a public hearing on the proposed 2020 budget to ensure that all critical stakeholders are involved as participants in the process.

While speaking at the commencement of the public hearing on the proposed budget held in Azare, headquarters of Katagum Local Government Area of the State for the Northern Senatorial zone, the Commissioner for Budget and Economic Planning, Dr Amimu Hassan Gamawa, explained that conducting such an event would promote transparency and accountability throughout the entire budgetary process.

Aminu Gamawa further said that when coming up with the idea of public hearings, the focus was to ensure that government policy was driven by the public and their interests which is also known as a client-based approach to implementation of government programs.

The Commissioner, who explained that the public hearings were designed to be conducted in the 3 Senatorial Districts of the state, said that participants at the occasion included representatives of various groups such as youths, women, CSOs, and traditional leaders among others.

Represented by the Permanent Secretary in the Ministry, Alhaji Yahuza Adamu, the Commissioner insisted that the Budget should not be a secret document but made available to the public for whom it is made.

Aminu Gamawa also said that the resolve of the state government to conduct public hearings on the proposed 2020 budget is to increase and boost citizens’ participation in governance.

He concluded that to this end, members of the State House of Assembly, as required by the Constitution, will be given the budget for their review and subsequent approval after the presentation by the Governor.