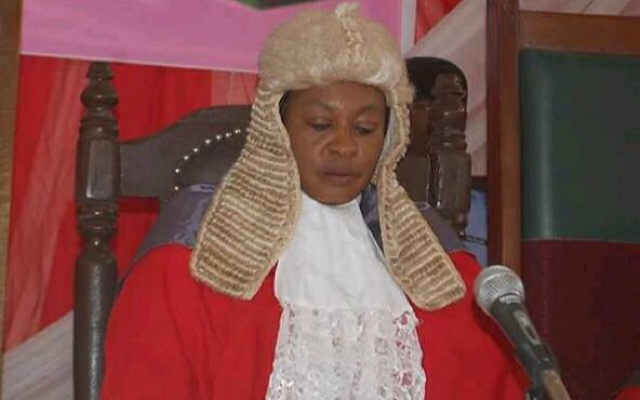 Chief Judge of Bauchi State, Justice Rabi Talatu Umar has lamented that not fewer than 1,556 inmates are presently languishing in 13 prisons across the Bauchi State just as she disclosed that 408 holding charge cases were recorded from the magistrate courts.

Justice Rabi Umar stated this Thursday at a one day summit on Justice Reforms and Human Rights in Bauchi state, organised by the Prison Inmate Development Initiative (PIDI) in collaboration with Citizens Unite for the Rehabilitation of Errants, (CURE Nigeria), held at the conference hall, Federal Secretariat Bauchi.

The CJ who was represented at the occasion by the Deputy Chief Registrar, Finance and Administration, Bauchi High Court of Justice, Emmanuel Danjuma, stated that the state recorded a total number of 408 holding charge cases from seven Chief Magistrate Courts, awaiting legal advice from the ministry of Justice.

She also noted that detention of an accused person in prison custody which forms part of pre-trial stage of criminal Justice system has posed some challenges which include deliberate and abandonment of pre-trial of the suspect in prison custody, lack of follow-up of remand cases by Magistrates, poor investigation of criminal allegations by police officers amongst others.

“A holding charge is unknown to Nigeria’s law and any accused person detained is entitled to be released on bail within a reasonable time before trial. Therefore, holding charge has no place in Nigeria’s Judicial system” She said

Rabi Umar then called on the state government to hasten the domestication of the Justice bill into law in order to address problems of unnecessary court adjournments, court congestion and judicial corruption.

In his address at the occasion, the State Executive Director, Prison Inmate Development Initiative, Mbami Iliya Sabka said that the organization, came into existence in 2012 as a result of struggles of minority groups which suffered human right violations and wanted Justice, adding that the organization also engages in rehabilitation, monitoring and evaluation of human abuses, especially in prisons.