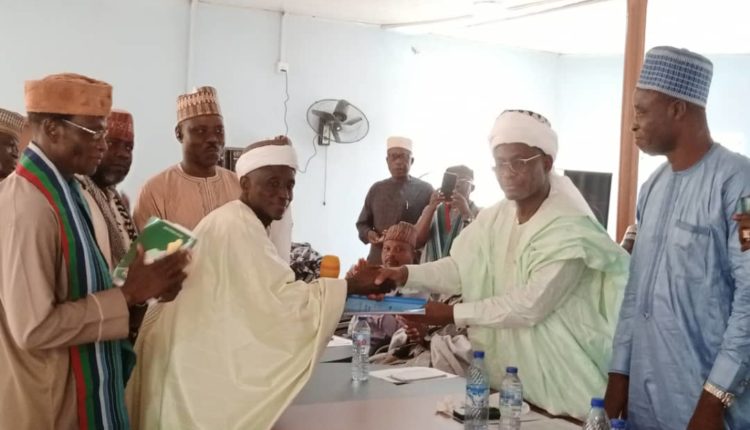 The people of Bassa-Nge ethnic nationality in Kogi State have unanimously agreed to revert their name back to Nupe, their original origin.

The resolution was taken on Saturday at a special national delegates conference held in Gboloko, Bassa local government area of the state and organized by Bassa-Nge Development Union (BNDU) which was well attended by the people of Bassa-Nge kingdom.

Addressing newsmen after exhaustive deliberations and input from various associations, resolutions from branches, villages, chiefdoms and various branches of BNDU across the country, the national president of Bassa-Nge Development Union (BNDU) Mohammed Bako, while presenting the communique of the conference,  stated that members of the union have unanimously resolved and agreed that the people hitherto known as Bassa-Nge should henceforth be known and addressed as Nupe people from Kogi State.

According to him “From today 4th Day of December 2021 the concerned people shall be known and called the Nupe of Kogi State, just like our kindred located majorly in Niger and Kwara States and found in other parts of the country, we remain irrevocably part of the Nupe kingdom and Nupe nationality worldwide,” he said.

The president BNDU added that the sociocultural and development association is hitherto known as Bassa-Nge Development Union along with its registered Board of Trustees shall be changed to Niniji Development Association (NDA).

He added that the resolutions only apply to the concerned persons who have endorsed the reversal.

Bako who went memory lane on the effort put in place to achieve the feat said that in 1957, the late Christopher Mowo Lakpini and late Pa. Ajakpo advocated in their memo to the Willinks Minority Commission and minority rights in Nigeria that the Bassa-Nge people should be known and addressed as Nupe.

He added that the union in 1976 also set up a committee headed by Professor  Samuel Amdii to visit Etsu Nupe, Alhaji Umoru Sanda Nayako on a fact-finding mission regarding of Bassa-Nge status in Nupe Kingdom, noting that the committee was warmly welcomed and had a fruitful discussion with him.

“In 1986, the union deliberated and resolved that the name Bassa-Nge was inappropriate. Necessary documents were prepared by the union and were duly signed by the community leaders comprising BNDU, Bassa-Nge Students Association (BNSA) and the traditional leader (Etsu) to revert back to Nupe and this is how we became a member of Nupe Foundation” he said.

“The documents however did not get to the attention of Benue State Government for one reason or the other. The Etsu Nupe in 2009, sent a delegation to meet with the officials of this union in one of her meetings in Kaduna with the message of the need for unifying Nupe speaking people nationwide.

“The Etsu Bassa-Nge was fully briefed on this development and he expressed the view that it was a good idea. This is how we became a member of Nupe Foundation. The Secretariat is presently run by Alhaji Ibrahim Akanya, Chief T.E. Elukpo and Mr Nda Yakubu are members of its Board of Trustees. Since then we have been participating fully in all Nupe affairs.

“Following the Federal High Court Judgement on Attah Igala’s ownership of Lokoja, there has been spontaneous agitation by the youths and elders alike for name reversal from Bassa-Nge to Nupe. This is what gave birth to the National Steering Committee to seek the opinions and views of our people and those in the diaspora,” he said.

In her goodwill message, Hajia Zainab Abubakar the Senior Special Assistant to the Chairman of Lokoja local government on education matter said the revert of the name from Bassa-Nge to Nupe was long overdue, stressing that in their dialect there is no word called Bassa-Nge, describing the revisal as a welcome development and cherished by all and sundry.

Also in his remark, Dr Nda Sule, a lecturer with the Federal Polytechnic Idah, Kogi State said in as much as the change in name is vital to the people, the unity and peaceful coexistence of the people should also be paramount and should be pursued.

In spite of the huge investment in the water sector by the government and international organisations, water scarcity has grown to become a perennial nightmare for residents of Abeokuta, the Ogun State capital. This report x-rays the lives and experiences of residents in getting clean, potable and affordable water amidst the surge of COVID-19 cases in the state…Bassa-Nge community in Kogi  Bassa-Nge community in Kogi