Banky W announce return to music with new album in 2020

Entertainment
By Tribune Online On Nov 22, 2019 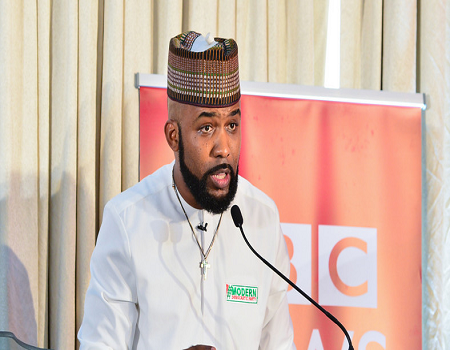 Nigerian singer, rapper, actor and politician, Olubankole Wellington, a.k.a Banky W, on Friday announced his intention to produce a new album in 2020.

The Nigerian rhythm and blues veteran said that he would come out of retirement and release a currently unnamed album.

The veteran singer tweeted in his twitter handle @ BankyW.

“Okay. I’m going to do at least one more album, in 2020. Not sure if there are too many people who feel the same as you do, but thanks for this. I appreciate it.”

The tweet came after a fan tweeted at Banky W that;

“Who else misses @Banky W the singer? I love @Banky W the actor, the politician, the activist but please sir still give us music.

‘’If you don’t want to do again, for goodness sake can you just make even if it’s one song a year, just one,” he said.

The News Agency of Nigeria (NAN) reports that Banky W during his quest to become a member of the House of Representatives confirmed that he had retired from music.

He declared his intention to run for the Lagos’ Eti-Osa Federal Constituency seat in Nigeria’s House of Representatives, in 2018, representing on the platform of Modern Democratic Party, formed in 2017.