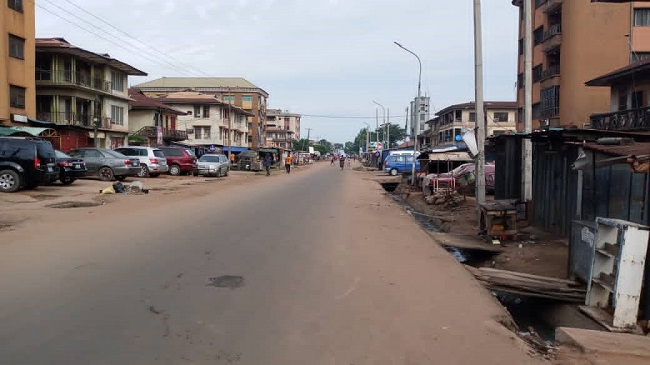 Residents of Awka, Onitsha and Nnewi areas of Anambra State on Monday deserted the streets in compliance with the sit-at-home order by the Indigenous People of Biafra (IPOB).

Business outfits including banks, government offices, markets and schools were shut down with the directive which was issued by IPOB leader, Mazi Nnamdi Kanu.

All petrol and gas filling stations in the three major cities of Awka, Onitsha and Nnewi were shut when Nigerian Tribune visited the cities.

All the roads leading into and out of Onitsha, especially the bridge that links Asaba and Western States of Nigeria, Enugu-Anambra at Amasea border and those leading into and exit of Nnewi the industrial city of Anambra State were deserted.

Nigerian Tribune however reports that joint security personnel comprising Army, Navy, Civil Defence and Immigration were present at both ends of Niger Bridge Head and Oga Junction by Atani Road respectively in a bid to ensure that there was no breakdown of law and order by criminal elements.

Meanwhile, in Awka, the state capital of Anambra, banks along the Enugu-Onitsha Expressway were still close as at 12 noon when the Nigerian Tribune reporter visited.

Some bank customers were seen begging security officials to allow them to use the banks’ Automated Teller Machines (ATMs).

Even though the order was in force, essential workers including journalists, doctors, nurses were allowed to move around after identifying themselves.