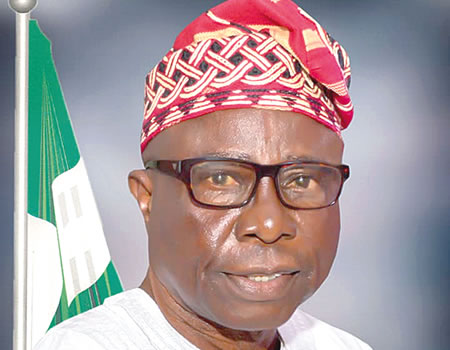 THE Ekiti State Government has commiserated with the residents of Oye-Ekiti, headquarters of Oye Local Government Area over last Thursday’s attack on a new generation bank in the university community.

Tribune Online had reported that a police officer and a seven-year-old girl were killed during the attack with over N25 million carted away from the bank by the robbers. Also, the Police Divisional headquarters was attacked where a patrol van was burnt.

The Deputy Governor, Chief Bisi Egbeyemi, who paid a condolence visit to the Oloye of Oye Ekiti, Oba Oluwole Ademolaju over the incident at the weekend described the bank robbery and loss of lives as sad and unfortunate.

Egbeyemi, who visited the bank and the nearby police divisional headquarters which was also attacked by the robbers, stressed the need for residents to be more security conscious.

He said the government would continue to work round the clock in collaboration with security agencies to ensure the safety of lives and investment in the state.

The Deputy Governor equally called for collective efforts among the security agencies in tackling securities challenges bedevilling the country.

Egbeyemi who noted that the affected bank was the only bank serving communities in the axis, promised that the government would do the needful to get them back to business.

The Deputy Governor praised officers on duty for repelling the robbers from gaining access to the station’s armoury.

He said: “The officers on duty did well by preventing them from gaining access to their armoury. The whole building was riddled with bullets and dynamites were used on it. The building needs a total repair to be conducive for officers to perform their duties.

“We will be on the alert, and we will make sure that all the security agencies in the state are on the alert. It happened at Ise, Ilawe, Iju-Ita Ogbolu and now Oye which is a school environment.

“I don’t think there is any other bank in this axis again, that of Ifaki was no longer functional again, it was destroyed the other time by robbers.

“We will appeal to the bank to renovate the place, the government would put more security around too. The Bank is the only bank serving Isan, Ikole, Oye and Ifaki axis.”