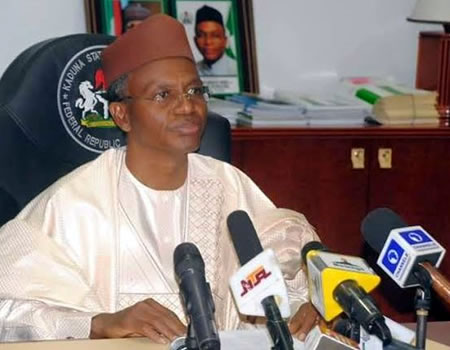 At least, 15 people have been killed by bandits in the recent attack on Kajuru Local Government Area of Kaduna State police command.

The incident was said to have occurred in the early hours of Tuesday when gunmen invaded the community.

Some houses were reportedly set ablaze by the bandits as the villagers ran to the bushes for dear lives.

President of the Adara Development Association (ADA), Mr Awema Maisamari who confirmed the incident in an interview on Tuesday said, the bandits who came to the village in large numbers, were armed with guns, machetes and knives.

Awema who visited the community on Tuesday said 17 lives were lost in the attack, adding that some of the villagers were killed with guns while others were hacked to death with machetes.

He said: “The attackers invaded the community at about 1:00 am on Tuesday and started killing people.

“Twelve people were killed on the spot, the corpses of five others were recovered in the bush. There are those who sustained injuries.

“About two hours after the bandits fled, the security personnel manning a checkpoint not too far from the community came. But they did not enter the community, they just stayed by the main road.”

However, a statement issued by the police spokesman, ASP Mohammed Jalige on Tuesday evening disclosed that: “On 12/05/2020 at about 0120hrs, the Command received a distress call through DPO Kajuru that a group of Armed Men in large number on motorbikes invaded Gonar Rogo, a remote village in Kufana district Kajuru LGA.

“The attackers started shooting sporadically attacking the villagers and in the process shot and killed fifteen (15) persons, and injured five (5) others.”

According to him, on receipt of the information, the command promptly mobilised Combine Teams of PMF personnel, conventional Police in synergy with the Army and the local vigilante to the area.

“We embarked on an intensive manhunt for the fleeing attackers (currently on-going) and evacuated both the dead and the injured victims to the hospital.

“More reinforcement of Police operatives has been drafted to the area for intensive combing and patrol with a view to forestalling further breakdown of law and order/reprisal and arrest of perpetrators.

“The Commissioner of Police CP UM. Muri is saddened by this attack and appeals for calm as he reiterates the command’s commitment to apprehend the culprits. He sincerely condoled the affected families on the irreparable losses.

“The command calls on members of the public to continue to assist the Police with useful information that could help in addressing these challenges and for the possible arrest of these criminals.”

We tested 111 for coronavirus in Kogi, they all returned negative, says govt

Hunger in the land, cause of low voters turnout in LG elections, Lagosians claim