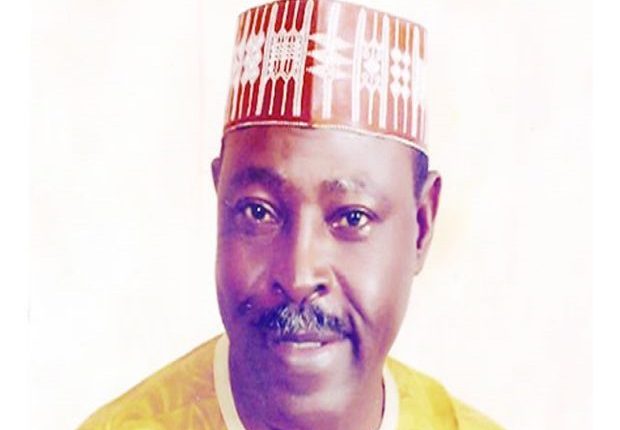 Gunmen suspected to be bandits on Wednesday invaded the residence of the former Minister of Youths and Sport, Hon. Damishi Sango and killed a policeman while two others sustained gunshots wound.

A source close to the former minister told Tribune Online that the gunmen numbering about ten invaded the residence of Sango at Kanawuri in Riyom local government area of the state at about 9:45 pm on Wednesday.

It was gathered that the gunmen on approaching Kanawuri fired gunshots into the air to scare those living in the community, adding that the two security men at the entrance of the former minister’s house put up stiff resistance to wade off the attack but one of them was hit by bullets and died on the spot.

“The unfortunate incident lasted for close to 30 minutes, one of the security men died on the spot while his colleague was seriously injured and their rifles were carted away. One other person identified to be a civilian was also injured in the shootout but the bandits could not penetrate the minister’s house before they left. It is unfortunate that this local government has been under the siege of bandits and killer-herdsmen for quite some time without any concrete action from both the security and the government,” he lamented.

He further disclosed that the body of the policeman has been deposited at the Plateau State Specialist Hospital while his colleague and one other who sustained injuries were receiving treatment at Jos University Teaching Hospital.

However, the State Police Public Relations Officer (PRO), ASP Gabriel Ubah Ogabah in a statement sent to Nigerian Tribune through WhatsApp said: “The command is aware of the incident at Riyom and the victims have been rushed to the hospital where they are receiving treatment. I am not aware yet whether they were dispossessed of their rifles.

“Commissioner of Police just left the scene of the crime. A team of detectives and intelligence officers have already commenced investigation and manhunt for the criminals. The former minister and his family were not hurt.”

In his reaction, a member representing Riyom constituency in the State House of Assembly, Hon. Timothy Dantong who also confirmed and condemned the attack on the former minister said the incident was one out of many in recent time, adding that in the past two weeks, no fewer than six people were killed and farmland destroyed.

He pointed out that there was an influx of bandits into the local government and the state in general as a result of pressure on them from the North West and expressed disappointment that both the government and security agencies in the state were not given unfortunate development adequate attention.

He said: “All these are just attacks without any provocation, the security agencies need to change their tactics and handle the infiltration of bandits into this local government on time before it engulfs the whole state. The herders are harbouring these bandits, they welcome and join them in most of these attacks.”