Latest NewsTop News
By From Jacob Segun Olatunji and Kehinde Akintola with agency report  On Jun 18, 2021 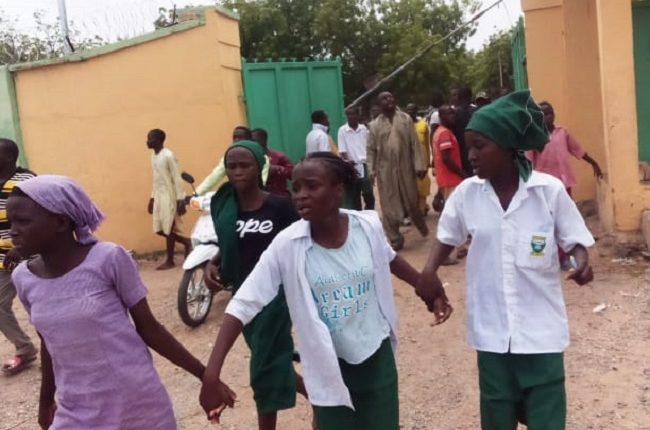 THE Kebbi State police command has confirmed the abduction of some students of the Federal Government College, Birnin Yauri, on Thursday afternoon. Five teachers were also abducted while a policeman was killed during the attack.

The Commissioner of Police in the state, Mr Adeleke Adeyinka-Bode, confirmed the incident in Birnin-Kebbi on Thursday in an interview with the News Agency of Nigeria (NAN).

He said: “The truth is that the attack took place and five teachers have been taken away, four males and one female, but the number of students abducted is not known yet. “The attack occurred at about 12 noon, and during the crossfire between the police and the bandits, a student was injured, while one police officer was also injured and another was killed. These are the facts I can give to you,” he said.

The police commissioner said that the school principal, who would provide details of the number of students abducted, was still in shock. “The principal is not in the best state of mind as I am speaking to you now because parents have trooped into the school searching for their children. “So the principal cannot make proper head count call now,” he added. Meanwhile, the Police Public Relations Officer (PPRO) in the state, DSP Nafi’u Abubakar, announced in a statement made available to newsmen that “A team comprising operatives from the Police Mobile Force, Anti-Kidnapping and Counter-Terrorism units are currently combing nearby forests, routes and suspected hideouts of the criminals.

“The attack resulted in the death of one policeman and gunshot injury to one of the students.

“The command is following credible leads and intensifying efforts to track the assailants and ensure the rescue of the missing students and teachers.

“The commissioner of police appealed to residents of the state to assist the police with prompt information that would aid in apprehending the criminals.”

Meanwhile, the member representing Ngaski/ Shanga/Yauri Federal Constituency in the House of Representatives, Honourable Yusuf Tanko Sununu, has flayed the abduction of the students and teachers in the broad daylight by unknown gunmen.