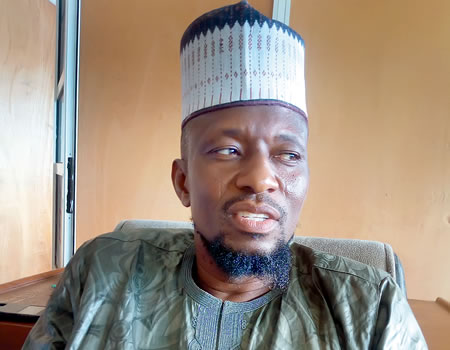 Honourable Mikhail Alarape, a former Speaker of Oyo State House of Assembly, came out of ‘hiding’ recently, to speak on issues at the state and federal levels. Deputy Editor, DAPO FALADE, brings excerpts.

You have been away from the political scene in Oyo State for a while. What have you been doing?

Well, I bless God for the gift of life and good health for me and my family. I have been very much around and we have been watching the scenario across the country. It has been an interesting disorder: things are not moving very well the way it should. The Nigerian nation, I think by the expectations of its founding fathers, should be a power to reckon with globally. But unfortunately, it is very saddening and appalling that Nigeria is nowhere near such a dream.

In this part of the world, we make a mountain out of a molehill. I can remember when I was in China in 2004, we made mention of Nigeria and they asked, “Where is Nigeria?” Is it in Africa?” In essence, Nigeria is nowhere in the comity of nations in relations to the expectations of the founding fathers. What is the size of Singapore or Qatar? I don’t think Qatar is up to the population of Oyo State, but its people are relevant and recognised; at least, they are a good player in world politics. The Kuwaitis are less than two million people, while the expatriates there make up the population of a little over four million, but their currency has a very high value. I think at a time like this, a responsible deep-thinker should be sorry for the Nigerian nation.

One of the major problems confronting the country is insecurity, especially the continuous invasion by Fulani herders. Do you think President Muhammadu Buhari is taking the right steps in addressing the issue of insecurity?

The incursions by the Fulani or the Fulani/farmer’s crisis, we have to look at it holistically because the 1999 Constitution is the ground norm of Nigeria’s existence and it deals with the basic fundamental objectives of government-protection of lives and property and the welfare of the citizen. You don’t have to look at it from the surface. Incidentally, I am into cattle-rearing too. From inception, the convention of the local Fulani, with all sincerity, they were not violent; they don’t take the law into their hands. These are people that I have known for the past 40 years. We need to look at the fundamental issues in this country: the welfare of the citizenry is not being taken care by the government.

Now to answer the question, probably the president is overwhelmed in the sense that the pillage of the crisis has gotten to the crescendo because I don’t see any reason this should continue. I and one of my brothers went to Songa in Kwara State where we met one Mr Paul, a Zimbabwean farmer. He told us that they bought their cattle from New Jersey. I am not talking of the New Jersey in the United States of America (USA); it is very close to Paris in France, a territory of the United Kingdom (UK). An average calf from there can give you more than 20 litres of milk in a day.

What I am trying to say in essence is that the government has failed, but you cannot blame the present government alone: it is a continuation of failure of successive governments. I don’t see any reason the government cannot have cattle ranches across the country. Texas is almost two-third of Nigeria; there are several cattle ranches there. A responsible government should assist the cattle farmer. If we look at the number of cows in Nigeria, I don’t think the country is up to number 10 among the US, China, Argentina, Mexico and many others. They have more cows than we have in this country.

For the government to have a lasting solution to this crisis, the pedestrian, archaic and old style of rearing cattle, that is, grazing has to stop. The government has to do the needful. Instead of having a cattle colony as being proposed by the Minister of Agriculture, I would have advised Mr President to let us have cattle ranches. If they are going to assist these farmers with billions of naira, let it be.

Yoruba leaders recently declared that the people of the South-West should be on guard against banditry and invasion, even as local hunters in the zone have started combing the bushes and forests to forestall kidnapping. Don’t you think we are gradually moving towards anarchy?

Our leaders need to be statesmen. A position of authority is not just for the fun of it or for window dressing. You have been placed to lead people and you have to lead them aright. We are moving to Thomas Hobbes’ State of Nature where life is short, brutish, solitary, nasty and poor. The irony of the whole thing is this: let us assume that there is anarchy in the whole federation, for the purpose of argument, can it solve the Nigerian problem? The recent examples of Somalia and Sudan are there for us. We need to sit on the table and discuss. Let the Yoruba Council of Elders (YCE) and other groups in the zone justify their being called elders. They should write the president and tell him that things are getting out of hands.

The Nigerian Financial Intelligence Unit (NFIU) directed whatever the local government is receiving as allocation from the Federation Account should go directly to the third tier of government. How would you respond to that, given the argument that there are only two federating units in the country?

First and foremost, I am so fascinated about the local government and I think we need to give kudos to former President Olusegun Obasanjo for reforming the third tier of government in 1976  and, to a large extent, he made it to be democratic, functional and purposeful. But the major problem in this country is that we don’t have statesmen and until we have them, we would not move forward.

Ordinarily, you don’t have to recognise local government but our constitution has a lot of lacuna and inconsistencies. The Federal Government created local government and, at the same time, the constitution empowered the state legislature to create additional local governments, but with a caveat: they must make a return to the National Assembly. This is the 20th year of our democracy; has any National Assembly accepted any return from any state of the federation? I think the best we ever had was the case of Lagos State which was more or less a novel by creating LCDAs.

In a true federalism, do we need an NFIU to give directive to the local government? It is no. At the same time, are the state governments running the affairs of the local government with fairness, equity and justice? The answer is also no. That being the case, we have to build on what Obasanjo did in 1976 by so that the purpose, function and objective of local government administration can be achieved.

Given your experience as a former Speaker, what are your expectations from the ninth Oyo State House of Assembly?

The House of Assembly is more or less a one-sided affair. The Peoples Democratic Party (PDP) dominates the House and truly speaking, in any federal or democratic system of government, the government of the day, I mean the executive arm, will have a say in who will become the Speaker or the deputy. But I am expecting our exposed, internationally-exposed governor, Mr Seyi Makinde, to do the needful. He should not teleguide the state legislature. By his background-at least with his age, exposure and unassuming personality- I don’t expect him to dictate to the state lawmakers. He should let the House of Assembly do the needful to complement the government of the day. What does he need in the real sense of it that he has not gotten? The power he has now is to better the lot of the people; he has been doing that over the years, it is only for him to do more now.

The 5 rules of leadership accountability