Banditry has killed more than 3,000 in Zamfara alone, yet FG pays attention to COVID-19 that has killed less than 200 nationwide —Commissioner 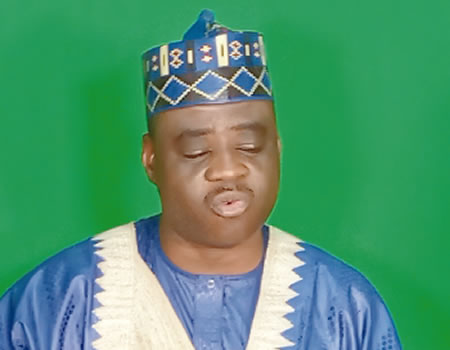 Zamfara State Commissioner for Rural Development and Cooperative, Alhaji Abubakar Abdullahi, in this interview by ATTAHIRU AHMED, speaks on the menace of bandits in the state, especially Tsafe Local Government Area where he hails from, among other issues.

What is your view on the resurgence of banditry in Zamfara State?

For me, what is happening in Zamfara State, especially the area where I am from, is actually a cause concern. My people are not safe. They are being killed on a daily basis. To the best of my knowledge, the state government is doing its part by providing the needed support to the security agencies to perform their duty but from the look of things, the system is not working.

What has been happening in Tsafe Local Government Area in recent days?

I am sure you have heard series of attacks in Bilbis town. Many communities in that area have been invaded by these bandits and scores of people are killed almost every day.

Recently, there were mass attacks in Anguwar Rogo and other neighbouring villages around Chafe and they were believed to be a reprisal for the alleged interception and killing of some members of a Fulani group by members of the vigilance group in the area. That incident has brought a serious setback to security management in the entire area.

Almost every day, we receive a report of an attack on one community or another and as leaders, we are not happy with the development. I think I have to make this point very clear: the Federal government needs to renew strategies to defeat these bandits before they crush us as a state.

Where do you think the problem lies?

I think the entire blame goes to the Federal Government because as a state, the governor and everybody, including traditional rulers, are doing their best. But the strategies being used by the military and police to fight this criminality have failed and the Federal Government needs to go back to the drawing board.

Recently, Mr President gave marching orders for a down-to-earth operation in Katsina State and I think the same order should be extended to Zamfara, Kaduna and Sokoto states. Zamfara people are dying due to banditry and the Federal Government needs to hear us and end this tragedy. I know the state government is very much ready to support any decision that will help bring an end to the insecurity in the state. But it is long overdue, something needs to be done.

Why do you think the measures taken so far have failed?

The measures have failed because if you look at the fight against the Covid-19 pandemic. The Federal Government ordered the total shutdown of parts of the country. From the beginning of this pandemic to date, not up to 200 people have died of this virus. Imagine the amount of resources the federal and state governments have deployed to manage the situation.

If the Federal Government could order the closure of business activities in the country for close to 30 days because it wanted to fight a pandemic that has killed less than 200 people, what about banditry that has killed more than 3,000 people in Zamfara State alone?

The government needs to be logical because the effects of the Covid-19 pandemic are not as bad as that of banditry activities, especially among the people of the North. So, more proactive measures need to be taken to manage security in states like Zamfara.

But the state government had a peace deal with bandits. Are you saying the deal has also failed?

It has failed because these bandits are all over communities in Zamfara. From the time the peace deal was formalised to date, there have been reports of gun attacks from numerous communities. The state government is doing its part by providing all that is required to end this menace but surprisingly, the people of Zamfara are still battling to contain the excesses of these bandits.

To me, if the peace deal cannot work, the Federal Government should be more proactive with conventional operations to end this tragedy. If two attempts to make peace with these people have failed, let us have a more viable action that will prove to them that the government is actually government.

I will specifically blame the porous nature of our borders. If you take example of Tsafe alone, there are about seven exit routes these bandits use to escape military attacks whenever they invade communities in Zamfara. Again, these bandits understand the terrain more than the military and the police and the terrain is not easily motorable. So, a combination of these factors is responsible for the complexity in managing security operations along Zamfara forests.

Are you impressed with the efforts of members of the National Assembly from Zamfara State on the security situation in the state?

Not at all. In fact, I am surprised that even the N10 billion Senator Marafa is fighting to secure as an intervention for the victims of banditry in the state has not been released and nobody representing us at the National Assembly is talking or making effort to see this come to fruition. We have senators and members of the House of Representatives but no one is speaking for Zamfara people. It is unfortunate.

If the state governor can be supported by these National Assembly members, the story would be different but I believe that something is not right with the system and that is terribly bad.

Can’t the state governor approach the president again on the issue of insecurity in Zamfara?

That may be another option but to be candid, when I was Special Adviser to Senator Kabiru Marafa, we visited the president many times regarding this Zamfara security matter and I think we are getting the same result. In my opinion, the Federal Government should simply review its strategies on this security situation. Something serious must be done otherwise the problem will continue.