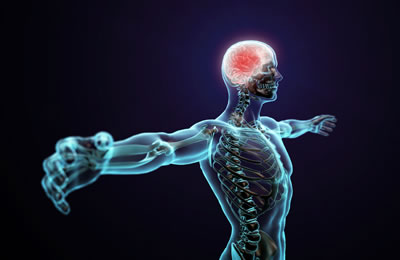 Researchers at King’s College London have developed a material that allows transplantation of bone-forming stem cells into severe bone fractures and speeds up the healing process.

This new method improves repair and may change how broken bones are treated.

The study, published in Nature Materials, describes stem cells and mature bone cells grown on a biomaterial, in a structure that simulates parts of the healthy bone.

The breakthrough could lead to less complications, infections and poor outcomes for serious injuries.

The biomaterial, like a bandage, is coated in a protein that is used throughout the body for growth and repair. This bandage can be stuck to the fracture like a plaster and enhance the bone’s natural ability to heal, which speeds up the repair process. The process can be accelerated even more by growing bone stem cells that generate bone cells in a three-dimensional gel on the bandage and transplanting this bone-like bandage into the fracture.

The breakthrough could make a drastic difference in recovery times for patients with serious bone fractures. The healing process from a serious fracture can be slow or can even fail in vulnerable patients such as the elderly or those with underlying health conditions.

Current methods to repair bone is to use synthetic implants or donor tissue—where bone is taken from elsewhere in the body—to repair the break. This method relies on the body’s own capability to heal, which can be weakened after serious injury.

Cell-based therapies, where additional cells are grown and introduced into the fracture, have thus far appeared promising. However, the implanted cells in existing technologies often die and lack long term support of the healing bone. The ‘bone-like bandage’ supports the survival and bone forming ability of these extra stem and bone cells throughout the healing process.

The study, developed by researchers from the Habib lab at the Centre for Stem Cells & Regenerative Medicine at King’s College London, developed the design to specifically target the fracture and does not leak to the healthy tissue. The bandages can even be made biodegradable to simply be absorbed by the body when healing has finished. These safety features, and the powerful effect of the bandages, means that they could have the potential to be used in hospitals.

Dr. Shukry Habib, from King’s College London, said: “Our technology is the first to engineer a bone-like tissue from human bone stem cells in the laboratory within one week, and successfully transplant it in the bone defect to initiate and accelerate bone repair. The concept of the 3-D-engineered tissue and the bandage has the potential to be developed to different injured tissues and organs.”

The Habib group will be taking the bone-bandages into clinical trials and aims to develop the idea of the bandages concept further to improve healing in other organs and tissues.