Property and EnvironmentReal Estate
By Dayo Ayeyemi On Feb 9, 2021 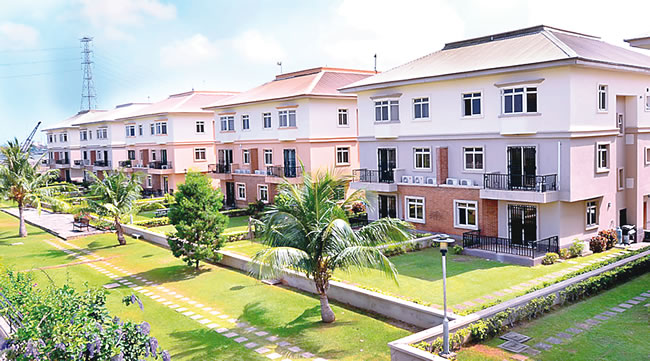 DESPITE the nation’s economic downturn and the ravaging COVID-19 pandemic, which slowed down construction activities, land, rent and house prices are maintaining upward trajectory in major Lagos’ property market, Tribune Newspaper has learnt.

According to the field survey carried out by estate surveyors on the cost of lands, rental and sale values of residential and commercial properties in Lagos’ Property market, Banana Island, Old Ikoyi and Victoria Island recorded the highest prices.

On the other hand, Lagos Island, though situated in the same zone with Banana Island and home to the highest offices and businesses, recorded low rental cost of N22,413 per square metre (sqm) .

All these were contained in the Nigerian Institution of Estate Surveyors and Valuers (NIESV)’s Lagos Property Market Consensus Report H1 2020, obtained by Nigerian Tribune at the weekend.

Besides, the NIESV’s report noted that land and house prices in Island Zone B and C, comprising Lekki Phase 1, Ikate, Osapa, Agungi & Chevron, Ajah, Sangotedo, Awoyaya  and Lakowe  on the Lekki –Epe corridor have kept increasing in values as they welcomed more development.

The increasing land‘s cost and rent in Zone C to be specific, the consensus report stated was hinged on major projects like the ongoing Dangote Refinery, Lagos Free Trade Zone, Fourth Mainland Bridge and new Alaro City, which are expected to come on stream in a few years, adding that upon completion, they would further trigger rise in property values in these locations.

The presence of supporting infrastructure, the NIESV’s Consensus Report also established had contributed to the capital value’s increase in Ogudu and Magodo Shangisha areas, “but this has not met corresponding rental valuation resulting in lower yields”.

It pointed out that Ikeja GRA and its surrounding areas like Maryland, Mende, Shonibare estate remained the most expensive locations on the mainland part of Lagos State.

“This is expected to continue as more residential and commercial development come up in these neighbourhoods, particularly Ikeja GRA, in few years’ time,” the report read.

On rental property yields via a consensus of estate surveyors and other property professionals in Lagos state, the report stated that average residential capital values and rental values in 30 nodes within the state were computed.

From the consensus data,  the report had it  that Chevron neighbourhood on the Lekki-Ajah Road  showed the highest  property yield of 6.87 per cent, followed by  Agungi  6.31 per cent, while Osapa came in third with 6.06 per cent.

The report read: “The lowest yield was seen in Ogudu – 3.10 per cent, next being Magodo Shangisha – 3.19 per cent and third being Magodo Isheri 3.20 per cent. It is critical to understand that these figures are averages of a consensus of value opinions and may not reflect every individual transaction.”

The North and its elders