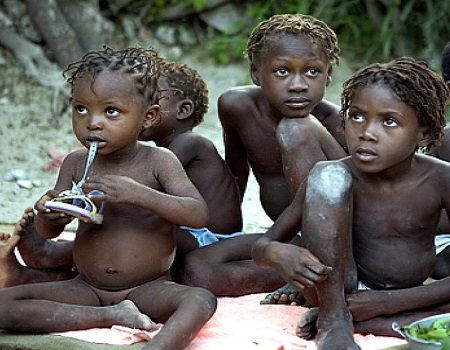 MANY mothers always express concern that the budge in the groin or scrotum often come and go. They get more worried when the bulge gets bigger as the child is straining or crying. That made Mrs Sherifat Haruna, a 35-year-old mother of two decide to visit the healthcare facility in her neighbourhood. She was worried that the soft bulge in the scrotum of Henry, her 2-year-old son had persisted for weeks after birth.

Henry at the healthcare facility was diagnosed to have a hernia. The nurse said Henry’s bulging scrotum could only be corrected through a surgical operation. Seven years after, at the advice of a friend, Mrs Haruna visited a private clinic recommended to her by a friend, to treat Henry, because the bulge got more painful.

Hernias can occur at any age, but are most common in newborns. It may not be noticeable for several weeks or months after birth.

“It is the most common groin complaint in children. One out of every five children we treat at our pediatric surgical unit came because they had a hernia,” said Dr Taiwo Lawal, a consultant paediatric surgeon at the University College Hospital (UCH), Ibadan.

Hernia is of various types; but a child that has an inguinal hernia usually experience a bulge in the groin or scrotum. The bulge will typically come and go. It may get bigger when the child strains,, coughs or cries.

The area where inguinal hernias occur is the opening through which the testicles descend during fetal development. It usually closes up before birth except for a small space, allowing the spermatic cord to pass to the scrotum. If it doesn’t close properly, it can leave a natural weakness that can bulge or tear later on.

Some babies are born with small openings inside the body that will close at some point. Nearby tissues such as the intestines can squeeze into such openings and become hernias. Unlike hernias seen in adults, these areas are not always considered a weakness in the muscle wall, but a normal area that has not closed.

Hernias cannot heal on their own; if left untreated, they usually get bigger and more painful, and can cause serious health risks in some cases.

“If it becomes complicated, the child can develop nausea and vomiting. Some may have pain in the groin, and about 13 to 15 per cent of them will not stool.  But a large majority will present a swelling that comes and goes,” Dr Lawal added.

He declared, however, that treatment of inguinal hernias in children before complications arise is very important. Complications from an untreated hernia could be life-threatening.

“So, we generally recommend a surgical operation to remove any possibility of any complication setting. Obstruction is a major and most feared complication of hernias. It is very essential that it be operated because you do not know which one will become obstructed.

“Obstruction will compress the blood supply to the testis and it could be destroyed. Even if the obstruction is removed later, the child may not have lost proper functioning of that testis. If the loop of intestine is obstructed, what is inside that portion of the intestine cannot go through.

“Also when the loop of intestine is tightly trapped, the blood supply can be cut off. Without the blood supply, the trapped tissue will swell, die, and become infected. So, it turns to a life-threatening emergency. The infection itself can lead to death if not properly treated.

”Unfortunately, no one can tell when such a life-threatening emergency will occur and in which child that can occur. It may be at a time when the parents are far away and getting to the hospital might be very difficult.”

Dr Wale Falana, Director, Secondary Healthcare, Oyo State Ministry of Health, however, emphasized that surgical treatment of hernias in children should only be done by experts to prevent complications such as infertility.

Falana heads the Oyo State’s ongoing free medical and surgical exercise aimed at ensuring people at the grassroots can have access to quality healthcare services. The team in each local government they visited performed at least 20 hernia surgeries on children since it commenced operation in November 2019.

Dr Falana said if during the hernia surgery; the vas deferens, the duct through sperm passes is mistakenly cut or damaged in adulthood, it would be impossible for the sperm to pass out and would affect their ability to have sex.

“They will not be able to produce sperm. That is one of the causes of infertility in adult life. But some of them will not know because it will not affect their performance. When they don’t have money to go to experts, they end up with quacks.

“I know two siblings from the same mother, who both had azoospermia; a medical condition in which a man’s semen contains no sperm. Both had hernia surgeries when they were young from a quack that had cut their vas deferens. There is no solution; they will not be able to father a child, although it does not affect their ability to have sex.”

TB, a possible cause of malnutrition in children? —Experts