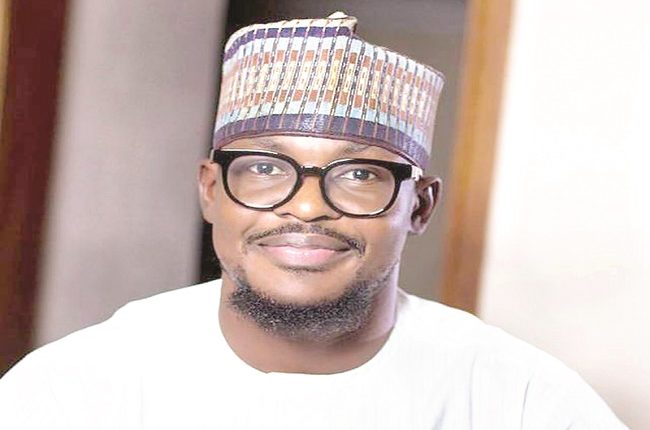 When you see Bada Akintunde-Johnson in his well-tailored suits or trendy kaftan, you can easily conclude that he is a top executive and you won’t be wrong. He exudes class, charisma and the swagger of a young and accomplished corporate executive.

However, what you may not know is that Bada, Country Manager, ViacomCBS Network Africa, once pursued a career in music as a recording artiste.

Long before he stepped into the advertising world, he gave the music a shot and worked as a back-up singer. You read right. The business executive revealed the backstory to his growing success during the MTN Foundation ‘Business of the Arts’ webinar.

The series was designed to equip young and talented students of the MTN MUSON Music Scholars programme and other aspiring young Nigerians, with the knowledge and skills required to succeed in the business of music.

“Personally, I have gone from a performer myself, to talent manager, writer, and backup vocalist – the whole works within the music space. It has been a long journey. But one thing that has come through is that the artiste is probably the biggest currency when it comes to media relations,” Akintunde-Johnson stressed.

He continued, “A lot of times, artistes take this aspect for granted and feel it’s enough to have a label and label executives who are supposed to be dealing with the media. So, they don’t prioritize the importance of building personal relationships which is very critical.

“You will not always release music and when you do, it will not always be the best in the industry. So, the sustainability of it, sometimes is more relationship-driven. So, cultivating that relationship itself by the artists becomes pivotal.  A lot of times, artistes appear standoffish which means that the relationship with the media appears almost ‘dutiful’!

“When you are calling for interviews, for instance – you want to create content around the artiste, yet, some Nigerian artistes carry on as if they are actually doing the media platform a favour – especially when they are established. It is in these scenarios that you see managers, and people around the artiste frustrating the process of getting the right content – content that can allow for a more robust relationship with the target audience.

“So, you are dumping that responsibility of keeping you relevant on a two-minute video. We are not saying take on the responsibility yourself, you are not an expert. There will be people on the team to support with that.

“However, to take yourself out of the equation completely then makes it hard to build a sustainable brand beyond just the music.”