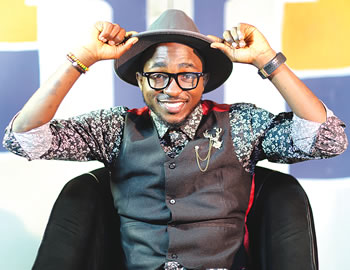 Fast rising gospel act, Babatunmise Agboola is surely having a good year. Having toured campuses and churches around Nigeria in the past 10 months, he is finally set to release his debut album.

Speaking to Friday Treat, he said, “I am ready for an album because people have been demanding for it. I’ve been doing music for eight years and this is my first debut album. I’ve had my share of rejections, disappointments, challenges and all. The Bible says, “when the lord turned around the captivity of Zion, they were like them that dreamt”. The lord gave me access to meet my destiny helpers, which is the concept behind the title of the album #YES…My album will encourage so many young up and coming artistes not to give up on themselves and be all that God wants them to be. Yes, I owe it all to God”.

The 10-tracker album will be released on October 30 and features four gospel artistes in all.  Also, Babatunmise will be dropping a new single, ‘Ogo Ola’, featuring Kenny Kore in a matter of days.

Of Lagos and street hawking law

Why I am known to heal with comedy —Dr Frick

I have no role models —Oluwasam