Ogun community thanks Nigerian Tribune for report that changed its fortunes 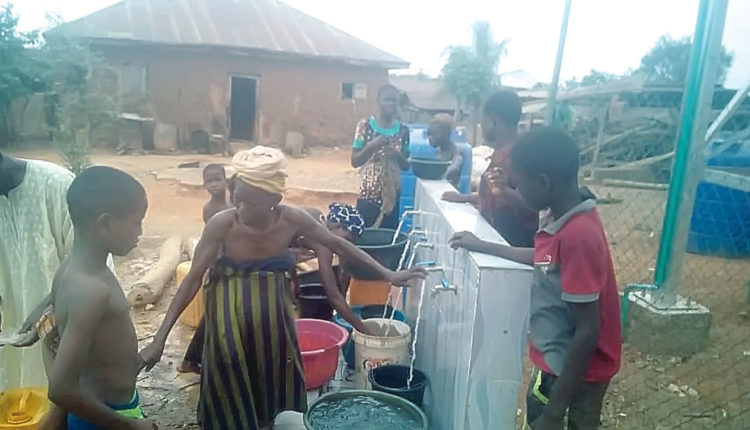 The people of Baba Pupa community in Odeda Local Government Area of Ogun State have expressed their appreciation to the Nigerian Tribune newspaper for its report on the plight of their 300-year-old community bordering on lack of infrastructure, adding that the report has changed the fortune of their community.

Nigerian Tribune had reported that basic amenities were elusive in the community and the people had to pay for luxuries that were basic to other communities. The community in its 300 years of existence rarely had the good fortune of living a qualitative life like other communities as civilisation, though near, was far from their reach due to circumstances beyond their control

Baba Pupa village is a 15-minute bike ride from Olodo community, which is also not far from Abeokuta in the same state. The only thing they have in common with other communities close to them is being in the same state and being neigbours; the difference in the quality of life cannot be measured in minutes but in decades. The only thing that stands this village out aside its age and dilapidating buildings is its status as an important ward when it comes to elections. 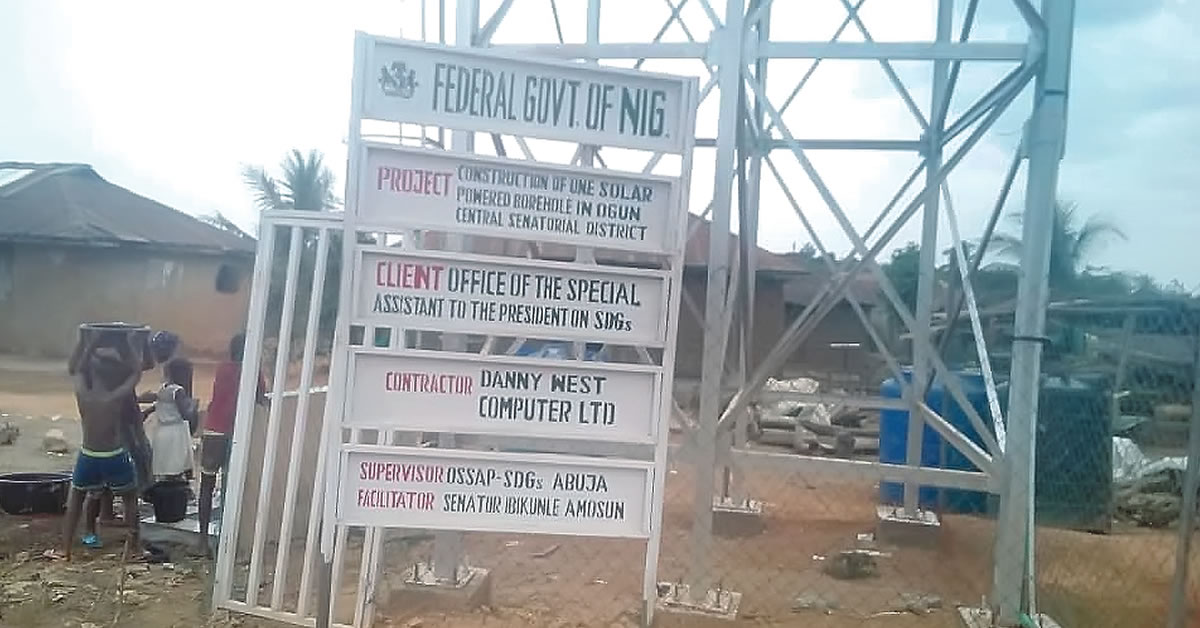 Baba Pupa community with its extension, Abule Ojo, has over 200 old houses, some of which are falling apart; and like countless villages in that vicinity, there   is nothing to show for being part of a civilised world. All forms of development are absent and basic social amenities; potable water, good road, secondary school, primary health care centre and power supply continue to elude the community and its people. Indeed, the community has never experienced power supply. The nearest they have come to having electricity are the poles that dot the road from Olodo to the community on the Alagbagba road, but these poles had never been wired.

But after the Nigerian Tribune reported the situation in the village, hope rose for the people that finally something would be done about their situation and the villagers expressed joy that the report has drawn attention to their plight and they will soon get potable water in their community through an intervention by the senator representing Ogun Central in the National Assembly, Senator Ibikunle Amosun, who the villagers told Nigerian Tribune in January gave instructions to some people to dig a borehole for the community. Work has since commenced, while another group has promised to repair the roof of a block of classrooms.

Today, the water challenge of Baba Pupa village is over, and the people are full of joy and appreciation to Nigerian Tribune for undertaking the assignment of getting people to come to their aid through its report. Speaking on behalf of the community, Hon. Sola Obadimu thanked the Nigerian Tribune for following up on their matter till the situation changed.

“I am really happy that the push for a source of potable water became reality after years of lack of good source of water in the village. The people of Baba Pupa Village are glad to see this and other villages around now crave for such project. I also thank the office of the Special Adviser to the President on SDG for making this possible and also the Senator representing Ogun Central for citing the project in this village.

“I will also be glad if the secondary School left in the forest is reconstructed, the primary health facility given a facelift or total reconstruction and medical personnel posted there to avail the villagers good health facility amidst prevailing health challenges.

I can say the people of Baba Pupa Village are grateful but they crave for more. Also, we appreciate Tribune for the efforts that brought this around,” Obadimu stated.

Behold, the storehouse of cultural heritage, tradition in Ibadan