Baba Ijesha: Iyabo Ojo and I will get over this phase —Yomi Fabiyi 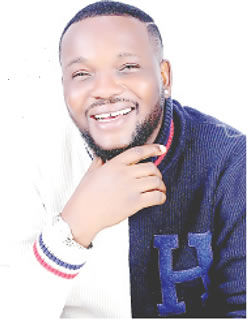 For some days, popular actor and movie maker, Yomi Fabiyi has been embroiled in controversy over his stance on the alleged rape saga involving actor, Olanrewaju James, popular as Baba Ijesha. In this interview by SEGUN ADEBAYO, Fabiyi, who insists he will not shift ground on his position about the issue, cautioned his colleagues to allow the law take its course

Your position on Baba Ijesha’s case of alleged child molestation seems to have pitched you against some of your colleagues, especially Iyabo Ojo. How do you feel about how things have turned out?

The truth remains that Iyabo Ojo is just unnecessarily malicious and reckless about the whole situation, especially on my position on the matter. I understand that people expected me to respond to the allegations due to the fact that I run a Human Rights Non-Governmental Organisation (NGO) called Break The Silence Foundation, but nothing suggests I am supporting the man (Baba Ijesha) in any form. I reserve the right not to comment prematurely on any issue undergoing Police investigation. Besides, there was the claim about some people having a video evidence of what happened, and I didn’t see the evidence as overwhelming. I am careful not make any error of judgment. I am sure if I had rushed to condemn or judge without waiting to see things from another perspective, the same people pushing me to comment will condemn me.

You were one of those who called on your colleagues to tread softly on the case; what gave you the impression that he may be innocent?

They don’t need anybody to tell them to tread softly. The initial impression was rape. And it would have been collective gaffe now that the police concluded their investigation and issued a statement that it was the case of molestation and not rape. It is easy for all of us to condemn the crime when a logical legal, charge or visible evidence had not been provided. Child molestation is disgusting. I feel for the poor girl and her guardian. For me, I believe that we all must do more to protect our children.

Why did you request for a video evidence to prove that the man truly molested the girl; what gave you this conviction?

Never mind them. There was nowhere or anytime that I requested for the video. I said if the video was leaked online, but I pretended not to have seen it is a different ball game. I also said if he confessed to the crime or he is found guilty, convicted in a court of law and I refuse to condemn it, then I can be bullied or called a hypocrite. But the lady isolated my remarks, twisted the narratives and fed people wrong impression.

You have been known to always stand for what you believe in, though some of your colleagues say you are a clout chaser; they think you are an attention-seeker. How does this make you feel?

I respect everybody’s opinion. But if being cautious is clout-seeking to them, that’s their prerogative. I am an adult and I have my way of life. They can hate a human being for being happy, not to talk of clout-chasing. I am positive. I am resolute in my belief and that’s not going to change.

Your statement irked some of your colleagues who called you out and told you to stop being dramatic. How do you feel about Iyabo Ojo’s outburst?

As far as I am concerned, there won’t be any drama from me to anyone. Iyabo did the video and attacked us for being careful and not the suspect or the crime. She claimed to have seen the video while we are yet to see it. And at the end of the day, she portrayed herself as fighting for justice and a rape victim. That’s how a woman would react in such circumstances. All I did was stay put to my principle of caution and not judge hurriedly.

What’s your relationship with Baba Ijesha and why does it seem you are standing with him now?

Iyabo Ojo said she will disgrace you and ensure that the man spends the rest of his life in jail even if he was released. Did you think she went too far or she allowed emotions to get the better side of her being a mother?

In a fairness and honesty, Iyabo Ojo, to me is a good person and she respects me. Her pain was more from the angle of a mother and perhaps a victim. That is how most of us feel, but the case is sensitive, and as of that time, we didn’t know what she knows and she didn’t share with us. So it was inappropriate to judge us from that standpoint. However, I want to assume that she said all of that in the heat of emotions.

Were you worried about her threat that she would deal with you?

Have you ever been angry before? I won’t say because we had a misunderstanding then I paint her personality that I know bad. I told you she is a pleasant soul to a large extent. Except you show me someone she has hurt unjustly; then I may begin to nurse such fear. We are not at war. As for me it has gone. I have a responsibility to the public with my conduct online and offline. That’s where it stops for me.

Some people say you get into trouble always because you seem to always want to show that you have a good command of the English language than your colleagues. Is this true?

I can tell you categorically that malice was intended with such submission. Most entertainers are into several NGOs. Only a few of us are into human rights. As you can see, even if any of them doesn’t like me, majority yielded stylishly to my advice and waited until the police released concrete charges and some videos were leaked. From that point, we can begin to say there are genuine and legal reactions to the unfortunate situation. That is what is done in a civilised society. At least, I never shifted my stand and never pretended. I strongly condemn rape, sexual harassment and molestation. It is unacceptable.

What was your relationship like with Iyabo before the outrage?

We have mutual respect for each other. I rejoice with her anytime and I could remember she gave me support during my mum’s burial. And she has called me for job too. For almost 20years as colleagues, this is the first time we will be having a misunderstanding. I can assure you that this will slide.

There are reports that the man may be freed because the footage provided didn’t show that Baba Ijesha truly defiled the young girl. What are your thoughts on this?

Irrespective of our sadness, every person deserves to be treated with dignity and respect. Human rights must be protected. It is a bail able offence and it is the law. At the station or court, he has statutory rights to bail. Bail is not acquaintance. Police must equally be careful not to create their own laws thereby committing crime. I just want everybody to learn from this.

Understanding how to listen (II)