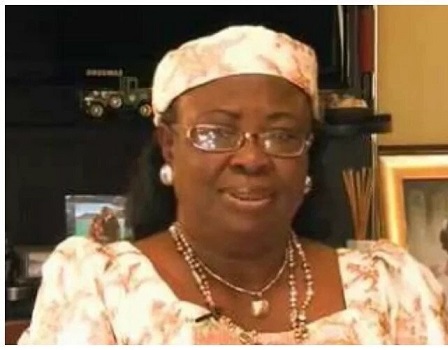 The wife of Late nationalist Dr Nnamdi Azikiwe and President/CEO Widows Lifeline, Prof. Uche Azikiwe has lifted the hope of 44 widows in Onitsha, the commercial city of Anambra state, through her Widows Lifeline Project initiative.

The event which took place yesterday, at the Mother Benedette Anyaogu Memorial Technical and Vocational Institute premises on Ibekwe Street Onitsha in collaboration with the training centre concluded a six months training for 44 widows on skills acquisition and self-sustainable programme.

Nigerian Tribune gathered that the beneficiaries, who were indigenes and non-indigenes of Onitsha successfully, completed the training on Bread and Confectionery, Soap making, Bead making, Gele and Hat making.

According to Mrs Azikiwe, ” Widows Lifeline (WILL) is a non-profit, non Governmental Organisation (NGO), which started December 22, 2001, with widows, girl child, orphans as their major target.

She said the aim was to enable them to meaningfully and effectively participate in the sustainability of their lives.

She explained that her burning desire to help mankind through charity work started after attending Women Conference organised by the Diocese on the Niger, Anglican Communion Awka in 2001, Where we are taught to grant encouragement to each other and keep on strengthening one another.

“Empowering other people is a way of testifying to God’s abundant blessings in my life, which I will continue to do always.’’

She noted that the programme started in Nsukka in 2001, granting free interest loan to women and providing healthcare programmes like cancer and HIV free screening.

According to her, the Onitsha chapter started in 2015 and the present group is the 5th set she has empowered.

Prof. Azikiwe while handing over a startup capital and certificate to the beneficiaries advised them to make good use of them.

The coordinator of the school Rev. Sr. Mary Benedict S Obasi commended the effort of Widows lifeline director in partnering with the school to ameliorate the plight of women.

Sr. Obasi described Prof. Azikiwe as a humble, practising Christian, who believed that religious denomination was of no consequence in charity, hence her organising the program in a Catholic Institute.

The Sr. Coordinator, then, called on other good spirited individuals to emulate Prof. Azikiwe in alleviating problems of the poor.

One of the beneficiaries Nkemdilim Aniezue, a civil servant from Enugwu Agidi said that she needed the skills in addition to her salary to enable her to train her children without depending on people.

She praised Prof. Azikiwe for dedicating herself to caring for the widows and ensuring their well-being, promising to start off immediately.

Another beneficiary Mrs Victoria Azikiwe, a widow for 22 years expressed joy in the help rendered to her by her co-wife.

She affirmed that she had made some sales from her handiwork during her period in training.