Latest News
By Muhammad Sabiu-Kaduna On May 5, 2020 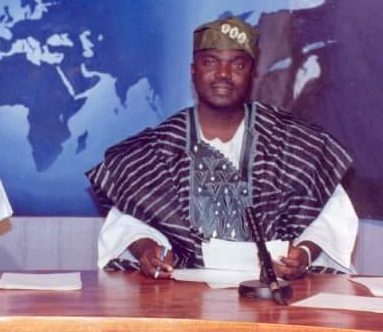 Soaga is a popular broadcaster who had worked at the Ogun State Television and the NTA headquarters as a newscaster before he became the general manager of the NTA Katsina.

The Katsina State Council of the Nigeria Union of Journalists (NUJ), which disclosed this on Tuesday, expressed concern over the report as Soaga is a member of the union.

In a statement released to the newsmen by the Chairman of the union, Tukur Dan-Ali, on Tuesday the union sympathised with Mr Soaga, his family, the NTA chapel of NUJ as well as the entire journalists in the state over the development.

“We hereby remind our members in Katsina State to be cautious and continue to take all precautionary measures during coverage of events and while delivering their services everywhere as Journalists.

“This, of course indicated the fact that journalists are exposed to danger in this hard period of spread of coronavirus pandemic everywhere in Nigeria particularly in Katsina.

“The NUJ strongly believes that Soaga contracted the coronavirus as a result of his day-to-day service as a journalist and head of NTA Katsina.

“We equally observed that there was no time in the recent history of Katsina State that the media houses in Katsina and their workers needed support from government and non-governmental organisations than now.

“While wishing Alhaji Ayinde Soaga quick and happy recovery, we also hope that staff of NTA Katsina, family, friends and all others will give necessary support to the health workers if and when the need arises.”

We stand by our report on Quorum helicopter crash ― AIB