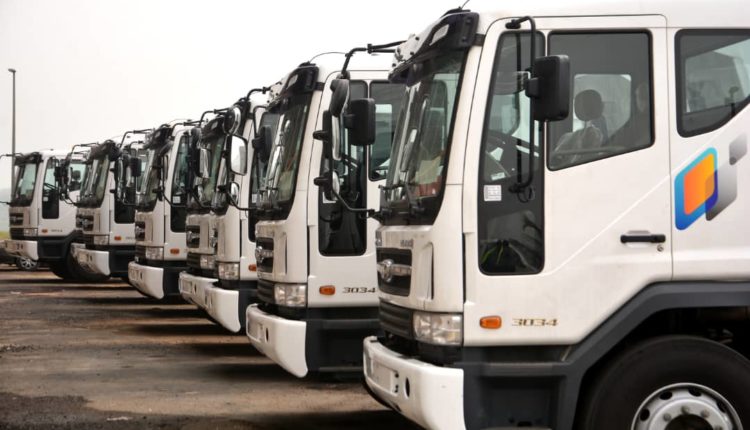 Governor Ben Ayade of Cross River State has taken delivery of some trucks to facilitate the movement of farm produce to the several agro-industries his administration has established across the state.

The Deawoo trucks were delivered at the Ayade Industrial Park along the Goodluck Jonathan bypass in Calabar, the state capital.

Akpong disclosed that the trucks would also be used alongside the bulldozers already acquired by government to clear roads to farms for easy evacuation of farm produce.

Governor Ayade had on a number of occasions said that his aim was to replicate the 1876 agro-industrial revolution in Europe, hence the desire as to create an alternate economy for the state aside oil and gas.

The desire, the governor had said, led to the establishment of about 31 agro-allied industries in the state.

Speaking on the vision recently, Ayade said: “The agro-industrial revolution which started in 1876 in Britain is about to start in Nigeria and Cross River State is leading Africa towards our own self-sustenance in terms of the entire agricultural value chain.

“If I do not clear new lands and start massive creation of job opportunities for young men and women through the instrumentality of industrial agriculture, then I will have those factories without raw materials.”

He maintained that the state was committed to modernising farming, noting that such move was one of the quick wins to attract people into agriculture.

He assured that his administration would make farming seamless, saying, “if you have to sweat in Cross River, you do not sweat because you are tilling the soil, you sweat because of pleasure, as machines will be doing your job.”