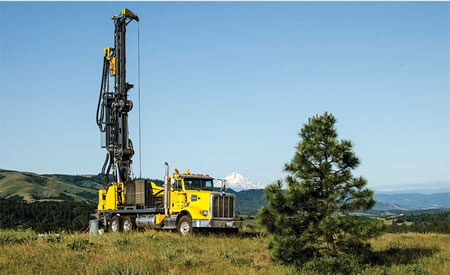 The Association of Waterwell Drilling Rig Owners and Practitioners (AWDROP), Oyo State chapter has re-elected Kolawole Olayinka as substantive chairman, after resolving the association’s leadership crisis which was occasioned by the N30,000 permit by the Oyo State Government.

This, however, led to dispute among borehole drillers who resorted to remove the state chairman, Kolawole Olayinka, with the allegation that he was the brain behind the permit debacle.

As a result, a meeting was summoned which was presided by the zonal vice-president of the association, Alhaji Oluwatoyin Yusuf where members of the association resolved to embrace peace and to choose a substantive chairman and executive members to stir affair of the state association.

At the election held at Officers Mess, Oyo State Police headquarters, Eleyele, Ibadan on Friday February 21, 2020, the former acting chairman was re-elected having scored over 75 per cent of votes over his opponent.

The new elected chairman thanked the members for turning out in large numbers to cast their votes. He said: “I thank Almighty God for successful conduct of the election and I appreciate the electoral officers who came from Kaduna, Osun, Ondo, Ogun and other states to supervise the election.

“And to the aggrieved members, I want them to cooperate with me to move the association forward.