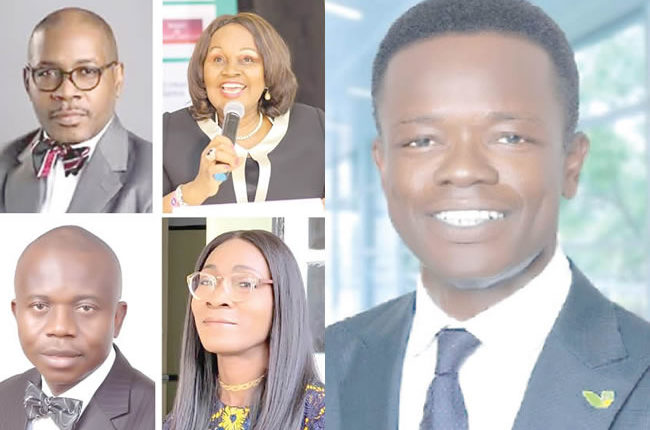 Decisions are the determinants of destinies. The quality of an individual’s life is reflective of the quality of his decisions. How strong, stable and successful a company gets is determined by how sound and profound its decisions are. The prosperity or otherwise of a nation is an indication of the kind of decisions leaders of the nation make. Individuals, organisations and nations are at the mercy of the decisions made by them. They first make their decisions then the decisions make them who or what they eventually become. Rich or poor, energised or enfeebled, progressive or retrogressive, respected or reproached, decisions make people so.

But the consequences of decisions are not restricted to only those who make them. Decisions made by individuals may impact other individuals and even the community in which they live. Decisions made by an organisation affect its stakeholders, not just the management or the staff. The decisions made by a state affect its citizens as well as others. Great leaders, either of organizations or nations, do not view their decisions from the prism of their impact on them or the outfits they run alone but more about how such decisions affect others. A great company does not opt for a decision that may propel it to a level of profitability it had never experienced before if there is a likelihood that the decision may negatively impact on the environment. A leader, while making a decision, is not just focusing on how it will further his interest or protect his position, he is also bothered about the multiplying effect of his decisions on others. Sometimes, a leader is torn between doing what he knows to be right and what the system expects of him.

He finds himself in a dilemma of what decision to make. This is a leadership test that has floored many. Leaders are regularly faced with situations which demand that they choose between what will serve the purpose of a few and what will benefit many. This is where ethics comes into the decision-making process.

Ethics in decision making has to do with making choices that are in consonance with one’s values and conscience and stand to benefit the generality of those that will be affected by them. It is making decisions for the good of those concerned, not for the benefit of the decision maker or his cronies. It is about considering the rightness of a decision vis-à-vis its impact on the people.

Counting on his popularity with the youth and the young at heart, Nigeria’s hip hop star, Innocent Idibia, popularly called 2face Idibia, had, early in 2017, called on Nigerians of all ages to join in a planned protest against the economic hardship being experienced by majority of Nigerians. The protest, which was planned to hold in Lagos and Abuja, was to draw the attention of the government to the debilitating effect of the ailing economy on the generality of the people with a view to urging the government to take seriously the challenge of reviving the economy. The planned march became an instant hit with the people and many notable Nigerians began to sign on to join the march. However, a few days to the February 6, 2017 date, security personnel expressed their opposition to the planned protest, saying it was likely to be hijacked by hoodlums. Later they said they had intelligence that there would be pro-government rally which was likely to result in a clash between the two groups. They subsequently called on Idibia to call off the strike. With pressure piling up on him, the music star buckled and announced on the eve of the march that he was calling it off. But Nigerians, who had made plans to express their feelings about the situation in the country, decided to go ahead with the protest even without the initiator of the idea.

Idibia allowed the opportunity to become a national icon slip out of his hands because he found himself in an ethical dilemma and he decided to trade the interest of the majority for the protection of his personal interest.

Leaders find themselves in the ethical crypt because more often than not they are tempted to take the path of least resistance. Consequently, they opt for the alternative that is most convenient for them not necessarily the one that is most expedient. Leaders run into ethical issues in decision making when they fail to subject themselves to the rigor of reflection before making decisions. Hereunder are some ways to avoid ethical blunders in the decision-making process.

Stay true to your mandate

Every leader was appointed or elected to render certain services, solve certain problems or correct certain wrongs. Every decision taken in a position must be motivated by the mandate of that office. Veering off the letters and spirit of the mandate is what gets leaders to compromising situations that leave them with ethical baggage. Political leaders swore to an oath of allegiance while taking office but many of them are quick to forget the oath and act contrary to the dictates of the oath soon after signing the oath. This is why they take decisions that often subject them to opprobrium. When leaders stay true to their mandate throughout their tenure, they are unlikely to find themselves enmeshed in issues that could compromise their position.

What will help leaders stay true to their mandate is putting themselves in the position of those they lead. They should always reflect on how they would want to be treated by others if roles were reversed. This is the golden rule which is the cornerstone of many religions.

In the Bible, Jesus admonishes His adherents that “All things whatsoever ye would that men should do to you, do ye so to them; for this is the law and the prophets.”

In Judaism, Talmud, Shabbat 3id says, “What is hateful to you, do not do to your fellowman. This is the entire Law; all the rest is commentary.”

Confucianism puts it this way, “Do not do to others what you would not like yourself. Then there will be no resentment against you, either in the family or in the state.” Analects 12:2.

In Buddhism, they say, “Hurt not others in ways that you yourself would find hurtful.” Udana Varga 5,1.

In Hinduism, it is “This is the sum of duty; do naught onto others what you would not have them do unto you.”  Mahabharata 5,1517.

And for Zoroastrians, it is, “That nature alone is good which refrains from doing another whatsoever is not good for itself.”

So, one critical way to avoid ethical slip is to keep the Golden Rule close to the chest.

Add value to others

Leaders avoid ethical slips by committing themselves to adding value to others. Leaders are put in place to do for others what they cannot do for themselves. They accomplish this by adding value to them, doing everything to improve their lives, doing all in their power to take them beyond their current level. A leader who operates from this point of understanding will not put his own concerns or what will serve the interest of his cronies ahead of what is required by the generality of the people. With that, it becomes difficult for him to fall into the ditch of ethical slip.

Work with the end in mind

Leadership will end at one point or the other and this will be succeeded by memory. Every leader should work from the end to the moment. When leaders work with the end in mind, they are able to envision the kind of end they want to have, travel there and walk back to the moment. Consequently, they avoid, like plague, anything that is a threat to the realization of the future they have envisioned.

This continuous interrogation keeps him on his toes and holds him focused on building a legacy.

A president and his advisers

Five leadership tips to help you stay afloat in crisis