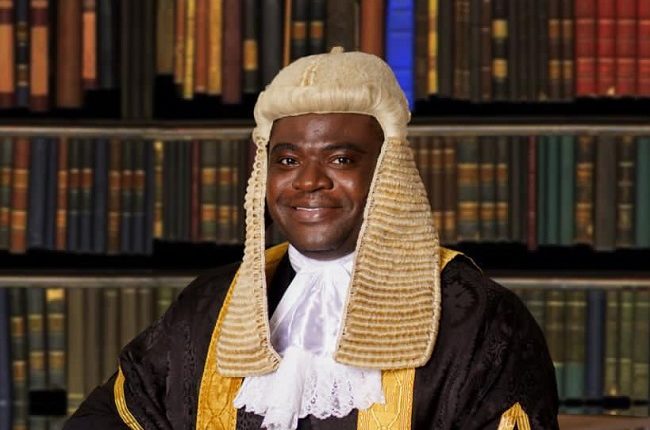 Nigerian students have been urged to embrace mindset reorientation and avoid the same leadership mistakes of older generations, that have polarised the country and stopped the nation from attaining great heights if they want things to be different.

An energy law expert and Deputy Vice-Chancellor, Academic, Research, Innovation and Strategic Partnerships (ARISP) of the Afe Babalola University, Ado Ekiti, Professor Damilola Olawuyi (SAN), made the call at the 2021 National Town Hall Meeting organised by the Law Students’ Association of Nigeria (LAWSAN), with the theme, “Our Roots, Our Pride: The Reflection of the Future Bar.”

This year’s event takes stock of LAWSAN’s historical contributions to the national debate and its ongoing role in enhancing justice delivery in Nigeria.

Professor Olawuyi, who is also the co-Chairman of the Legal Education Committee of the Nigerian Bar Association (NBA), in his paper titled “Positioning LAWSAN as a value-driven model student body, noted that “the whole country waits on your youthful innovation to dismantle the societal and leadership challenges that have for many years hindered the country from fulfilling its God-given potentials. But how can you do so if you are already imbibing and mastering the errors of the generations before you?

“We see some student leaders practising pungent ethnic politics, daylight corruption, over-bloated list of special advisers, budget manipulation and the worst form of disregard for democratic ideals. By so doing, Nigerian youths are validating the erroneous argument that they are indeed not ready for leadership,” he said

While commending LAWSAN for its recent efforts in initiating sound internal reforms, Olawuyi called on all stakeholders in LAWSAN to be the change they will like to see in the country. He noted that society progresses only when the next generation learn from the mistakes of those before them while imbibing solely their positive values.

The senior advocate noted that he was twice the president of the Law Student Association during his undergraduate studies and that the innovative achievements of his administration remain a reference point till date, adding that “under my stewardship as LAWSA President, we hosted national moot court events, released several publications, became affiliated with several international law societies and provided free community support services to indigent community members. This is what value-driven leadership should be about. It is all about commitment, diligence, discipline and consistency in pursuing the public good.”

While discussing some of the ongoing initiatives of the NBA in supporting legal education, Olawuyi commended the remarkable foresight of the President of the NBA, Mr Olumide Akpata, for establishing the Legal Education Committee and for entrusting the young generation with salient leadership roles, noting that the Committee is working tirelessly to mentor and support law students across the country to acquire innovative legal education that will prepare them for success in practice and in public leadership.

The event which was moderated by a mix of current and past leaders of LAWSAN, featured insightful presentations from erudite lawyers like Joe-Kyari Gadzama (SAN), Mr Atoyebi Oyetola Muyiwa (SAN), as well as the Chairman of the LAWSAN Caretaker Committee, Mr Abba Kyari, and other student leaders including Tobi Michael Babalola Esq, Salis M. Sabo Esq, Samuel Osijo Esq, Atiku Jafar Esq, Sen. Emmanuel Nwobodo and a host of others.

Buhari, FCT Minister hail Ona of Abaji as he celebrates 25 years on the throne