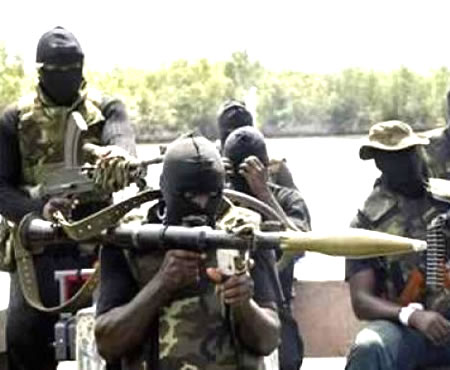 IJAWS in the diaspora have joined the conversation on how to engender sustainable development in the Niger Delta through the process of dialogue being proposed by the Federal Government.

The group described the proposed dialogue as a means to an end and not an end in itself, denouncing the use of violence by militants to settle scores.

The Diaspora Ijaw community in the United States disclosed this in a statement issued over the weekend at the end of consultations among various diaspora Ijaw groups and made available to journalists in Warri, Delta State.

In a statement signed by its coordinator, Dr David Ugula, the group stated that the country had gone through the dialogue process before and that government, at this stage, should be sincere and avoid the missteps of the past.

It stressed that the Niger Delta struggle is centred on the people who had been crushed physically, economically and psychologically by past governments and its leaders.

The group thanked President Muhammadu Buhari on the proposed dialogue, saying good governance and accountability in the Niger Delta must be the crux of the dialogue process.

According to the group, only good governance and public accountability could lift the people of the Niger Delta out of their miserable living conditions and set a stage for sustainable development.

It therefore listed infrastructural development, provision of basic amenities such as employment opportunities, healthcare services, quality education and the sanctity and protection of lives and property in the region as some of the burning issues to be addressed.

The group also urged the FG to kick off and fund the Nigerian Maritime University at Okerenkoko, Delta State, funding for the Federal University of Technology at Otuoke in Bayelsa State as well as complete the East-West road, among others, in order to engender enduring peace and stability in the region.