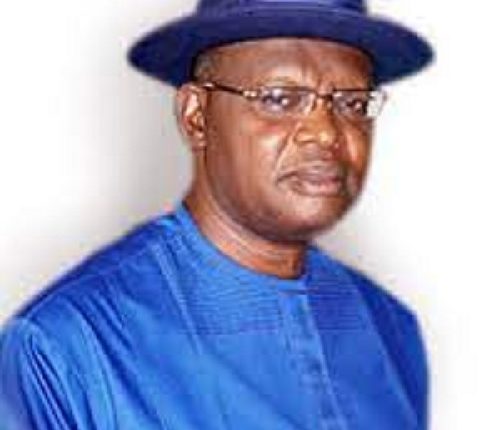 The Bayelsa State Government has received the report of the panel set up last month to unravel the cause of the death of one Mr Samuel Okoba from Ovom Community in Yenagoa Local Government Area of the state.

The report was presented to the Deputy Governor, Senator Lawrence Ewhrudjakpo in the government house, Yenagoa, on Thursday, by the Vice-Chancellor of Bayelsa Medical University and Chairman of the Panel, Professor Ebitimitula Etebu.

Professor Etebu stated that the autopsy carried out on Samuel’s body indicated that the 17-year-old youth died as a result of bleeding from a cut on one of the major arteries on his neck.

The report stressed that the injury was not connected with gunshot, thereby absolving the police of complicity in the death of Mr Okoba, which is contrary to earlier reports and speculations that greeted the March 18, 2021 incident.

He explained that the process was transparent as representatives comprising the deceased’s family, Ovom community and human rights organisations were present to witness all aspects of the autopsy.

The report reads in part, “There is bleeding into the soft tissue of the left side of the neck beneath a transverse laceration. The reason is that the laceration cut one of the major vessels on the neck and he started bleeding outside.

“Because we were dealing with a probable gunshot wound, we did an X-ray of the whole bones of the body. But we did not see any metal in the bones.

“In conclusion, the anatomical findings showed he was severely pale. The cause of the death from what we found is that he bled to death from the cut into a major vessel.”

Responding, Senator Ewhrudjakpo, expressed sadness over the unfortunate passing of young Okoba, noting that the government deliberately insisted on the involvement of all parties for truth and justice to prevail.

The deputy governor, who appreciated the Okoba family and Ovom Community for their show of what he described as rational understanding, promised that government would look into their requests including the release of the corpse for burial.

On complaints of insecurity in the Ovom area of the Yenagoa metropolis, Senator Ewhrudjakpo assured that government would take a holistic look at it and proffer solutions.

Also speaking, the Member representing Yenagoa Constituency 1 at the Bayelsa House of Assembly, Hon Oboku Oforji, also thanked the Okoba family for accepting the report of the panel.

While condemning incessant harassment of innocent people in the community by security operatives, he
advised youths in the state to desist from cultism and drug abuse.

Reacting to the allegation of harassment by security agents, the Special Adviser to the Governor on Security, CP Akpoebi Agberebi (Retd), noted that Ovom had been flagged as one of the communities that harbour youths engaged in cultism and other criminal activities.

He urged parents and community leaders to work closely with relevant authorities to address the disturbing menace to safeguard a better future for their wards and children.

In their separate submissions, the representative of the Okoba Family, Mr James Okoba and a Leader of Ovom Community, Chief Loveday Abaribote expressed satisfaction with the level of transparency and diligence employed in the process of Investigation.

According to them, they were among the parties that witnessed the whole process of the autopsy, which lasted for more than three hours.

While announcing his family’s acceptance of the report, Mr Jacob Okoba, however, appealed to the government for the release of the remains of the deceased for burial as part of measures to assuage their grief and pain.

Meanwhile, the Coordinator of the Bayelsa Office of the National Human Rights Commission (NHRC), Mr Eugene Baadom, has also given a clean bill of health to the Panel’s report and called for the prompt release of Okoba’s body for burial.