Members of the Parliamentary Association of Nigeria (PASAN) in Kebbi, Ogun, Kogi and Jigawa States on Tuesday joined their counterparts across the country to protest the non-implementation of the Executive Order on the implementation of financial autonomy to States House of Assembly.

While Tuesday is usually the commencement of sitting in the Kebbi Assembly but it has been deserted by PASAN members who locked the entrance gate leading to the Assembly premises.

Alhaji Anas Ibrahim Sanusi who is the chairman of the association told newsmen that the decision to embark on the indefinite strike action was to press home the demand for the implementation of Executive Order 2020 signed by President Buhari which was not implemented for no cogent reason.

Sanusi noted that lawmakers are the major beneficiary of the order if implemented as such will enable them to be financially independent and be able to carry out constitutional duties. 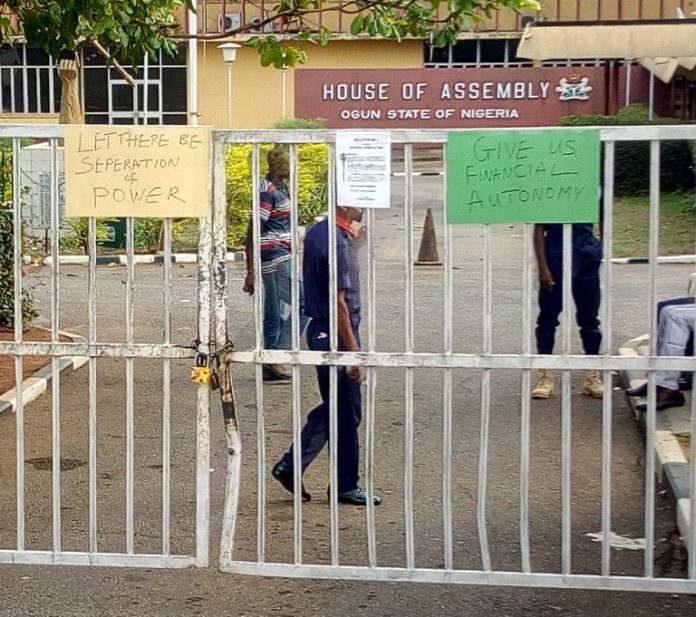 The Speaker of the Ogun State House of Assembly, Rt. Hon. Olakunle Oluomo has appealed to the State Chapter of PASAN to allow for further engagements between the Conference of Speakers of State legislatures and the Nigeria Governors’ Forum on the modalities for the seamless implementation of financial autonomy for state legislatures.

Oluomo made the appeal on Tuesday while addressing the leadership of the association in the state led by Comrade James Obanla, who led other Assembly workers to enforce the compliance of the directive of the national leadership of the association to embark on indefinite industrial action over the failure of the Governors’ Forum to implement autonomy for the State Legislature.

The speaker explained that further engagements between the concerned parties became expedient to sort out grey areas, especially on the implementation process of the autonomy as pronounced by President Buhari through Executive Order 10. 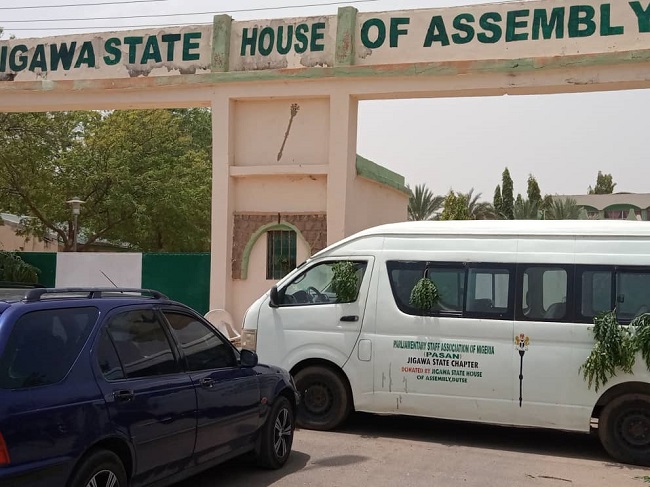 Recalling the previous meetings held with the representatives of the Nigeria Governors’ Forum including Governors Kayode Fayemi of Ekiti, Aminu Tambuwal of Sokoto, Simon Lalong of Plateau and Atiku Bagudu of Kebbi State at the instance of the Conference of Speakers leadership, Oluomo stated that the process would achieve the desired result within the next two week which hopefully would lead to smooth the implementation in due course.

“The governors agreed with us that financial autonomy is a constitutional matter and they believe it must be so, but the area of disagreement is the method of implementing it, hence, we have submitted our proposal to them on how it could be done. They promise to take it back to their brother-governors and get back to us within two weeks, I believe that within these two weeks something tangible would be done,” Oluomo remarked.

Speaking earlier on the benefits of the financial autonomy, when fully implemented, Chairman of the State Chapter of PASAN, Comrade Obanla opined that the autonomy would enhance separation of powers and promote good governance through effective symbiotic relationships among the three arms of government.

“The strike is indefinite, the business among the three arms of government will be affected. Today’s plenary has already been affected and the stakeholders’ forum scheduled for tomorrow will likely be affected too,” he said.

Meanwhile, the Speaker of the Kogi State House of Assembly who doubles as the National Treasurer of the Conference of State Legislature Speakers, Rt. Hon. Matthew Kolawole, also appealed to PASAN to remain calm as the issues at stake are already being handled at the highest level.

He made the appeal in a press statement signed on Tuesday by his Chief Press Secretary, Femi Olugbemi and made available to newsmen in Lokoja.

He said though the staff association is exercising its constitutional right of embarking on industrial action anytime they feel aggrieved, he enjoined them to see reasons with the authorities as the issue will soon be resolved.

He said the existing cordial working relationship of all the arms of governments in the state is a deliberate effort of Governor Yahaya Bello’s genuine intention to accord everyone their rightful place, urging them to call off the strike and return to work for the progress and benefits of the state.

He noted that as one of the national officers of the Conference of State Legislature Speakers, he is aware of the great efforts put in place by the Governor’s Forum to commence the implementation of the Autonomy law.

PASAN members have been patient for two years ― Chairman 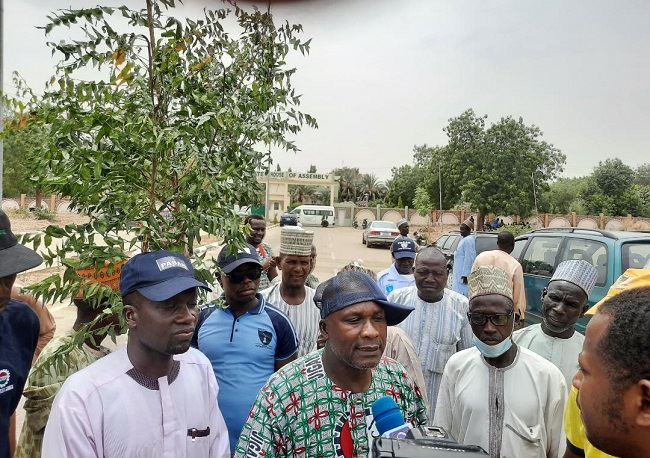 In Jigawa State, PASAN members sealed the two entrances of the assembly complex situated at Three Armed Zone in Dutse, the state capital with their official and personal vehicles and denied everyone access into the building.

The state chairman, Umar Kazaure, said the union embarked on the indefinite strike following the expiration of a 21-day ultimatum given to the Federal Government effective from January 27, 2021, for a full implementation of financial autonomy of the legislature.

Kazaure said their members have been patient for two years after President Buhari signed the financial autonomy law, however, without implementation by state governors.

The official said the association would continue with the indefinite strike until their demands are met.

Kazaure also said part of the 21-day ultimatum is that if the government fails to address the demand, a nationwide strike shall see the shutting down of the National Assembly, the National Assembly Service Commissions, all State Houses of Assembly, all State Houses of Assembly Service Commissions among others.

The Presidential Implementation Committee on Financial Autonomy for State Judiciary and Legislature to ensure full implementation of financial autonomy in all the 36 state Houses of Assembly as provided in section 121(3) of the 1999 Constitution of the Federal Republic of Nigeria as amended and in Executive Order 10.