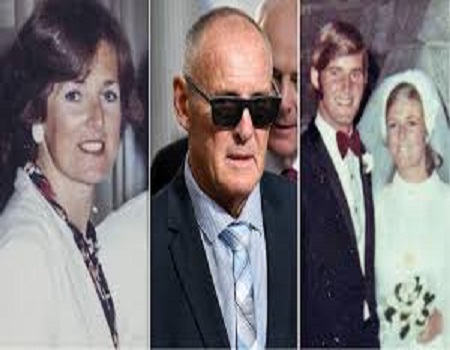 An Australian man on Thursday was committed to stand trial over the alleged murder of his wife, who disappeared 38 years ago, in a case highlighted in a popular podcast recently.

Chris Dawson, 71, has been committed to stand trial in the New South Wales Supreme Court for the murder of his wife, Lynette Joy Dawson, who disappeared on Jan. 9, 1982.

According to Australian newswire AAP, Dawson will next appear in court in April before facing a six-week trial later in the year.

Dawson was arrested on the Gold Coast in December 2018 and was charged with the murder of his wife.

He appeared at a four-day committal hearing this week at Sydney’s Downing Centre Local Court.

The case of Lynette Dawson’s disappearance was the subject of “The Teacher’s Pet,” Australia’s most downloaded podcast in 2018, which explored why police failed to launch a proper investigation.

The podcast noted that Dawson was allegedly having an affair with a teen schoolgirl and moved her into the family home two days after his wife was last seen in January 1982.

Lynette Dawson was 33 when she went missing from Sydney’s northern beaches, leaving behind two young daughters.

Her husband did not report the missing wife for six weeks and suggested she might have gone off with a religious cult.

Her body has never been found, however, police said investigators are confident in their case.

Dawson, a former professional rugby league player and high school teacher, has long been a suspect in the case but denies any involvement in his wife’s disappearance.