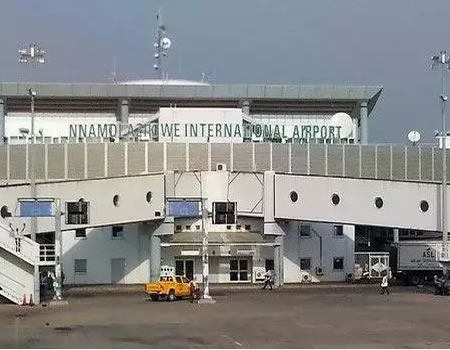 FLIGHT operations and other business activities have resumed at the Nnamdi Azikiwe International Airport, (NAIA) Abuja, after six weeks of closure for runway rehabilitation.

The Pilot of the Medview Aircraft, Mr Mohamed Mwondha, who spoke to the News Agency of Nigeria (NAN), commended the government for keeping to the re-opening time.

Mwandha praised the quality of work, saying that the usual bump on the runway during landing has disappeared.

“It is a very good feeling coming to Abuja after renovation. The marking is very good because you could see them from very far, nearly 10 miles.

“The landing package is also very nice; it is smooth. You don’t get that bump that we used to have six weeks ago.

“These airports, as we use them, they do get spoilt and everybody knows but rather than wait until it is completely spoilt, they should start looking into fixing them while we still have time.’’

NAN reports that Air Peace was the first domestic airline to land at the airport on Wednesday at 7:24 a.m.

Other domestic airlines that landed in the morning are Arik Air at 7:32 a.m. and Medview at 8:20 a.m.

NAN also reports that businesses like coffee shops, restaurants, provision shops and boutiques as well as taxi operators were ready for operations.

Many passengers that spoke with NAN expressed delight at the reopening of the airport in record time.

A passenger aboard Medview Aircraft, Mrs Chioma Mdebmena, commended the runway rehabilitation, adding that there was lots of stress travelling through Kaduna.

“We are grateful and we are proud of the government at least for this.

“They should try and ensure that all other airports projects across the country are completed and there should be a time line for maintenance so that we don’t have similar experience in future,” she said.

The airport on Tuesday received the Ethiopian Airlines’ new Airbus A350-900 to mark its official reopening on Tuesday.