Auchi Poly promotes 283 staff, 63 others to go for studies 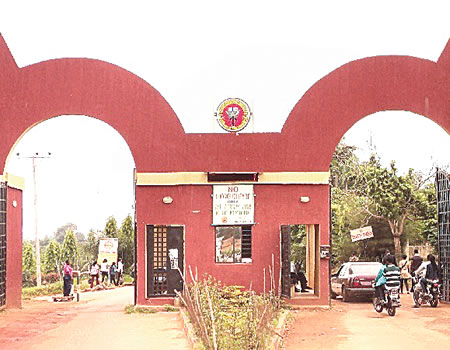 The management of the Federal Polytechnic, Auchi, announced that it had promoted a total sum of 283 academic and non academic staff and approved 63 others to go for further studies within and outside Nigeria, in their fields of endeavour.

The Acting Rector of the polytechnic, Mustaphar Zubair, who made the disclosure while speaking with journalists in Auchi on Wednesday, said that the measures were taken to boost productivity and efficiency in staff output.

Zubair who reiterated that the welfare of staff of the institution remained sacrosanct and key in encouraging and achieving maximum output, added that the training would be sponsored by the Tertiary Education Trust Fund (TERTFUND), under its Academic Training Development Scheme.

“Staff welfare has remained one of our priorities; by creating comfort for staff through renovation of their buildings, making water available through boreholes in quarters. We have just carried out a promotion exercise this year; we have a total of about 283 staff promoted,” the Acting Rector said.

In addition to that, Zubair added that the polytechnic “also have 59 junior staff promoted to different cadres because we believed that it is when you allow progression and you appreciate what your staff are doing, you will now bring out the best in that staff and we take it very seriously.”

He further disclosed that the Council of the polytechnic met and approved 63 staff for training in Nigeria and abroad under TETFUND Academic Training Development Scheme.

“In the last council meeting we considered study leave for our staff both local and abroad. We have about 63 approved study leaves both local and international sponsored by TETFUND under what we call Academic Training Development which they make funds available for. Once you apply and qualify we treat your application and if it is approved by TETFUND your money is released. Many of them go abroad; Britain, US, Malaysia,” he said.

In spite of the huge investment in the water sector by the government and international organisations, water scarcity has grown to become a perennial nightmare for residents of Abeokuta, the Ogun State capital. This report x-rays the lives and experiences of residents in getting clean, potable and affordable water amidst the surge of COVID-19 cases in the state…Auchi Poly promotes staff  Auchi Poly promotes staff