Arts and Culture
By Akintayo Abodunrin On Apr 4, 2021 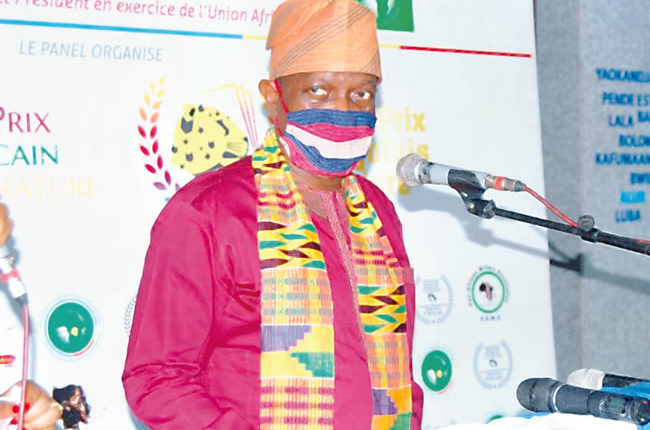 The Pan-African Grand Prize for Literature worth $30,000 and endowed by the AU Chair, Felix-Antoine Tshisekedi Tshilombo, is open to writers on the continent and in the Diaspora.

THE African Union (AU) has released the rules guiding its recently launched ‘Pan-African Grand Prize for Literature’ for writers on the continent and in the Diaspora.

Endowed by the Congolese President and current AU chair, Felix-Antoine Tshisekedi Tshilombo, one of the Prize’s aims is to raise a new generation of writers. Worthy successors to Leopold Sedar Senghor, Chinua Achebe, Tchicaya U Tam’si, Kateb Yacine, Nadine Gordimer, Wole Soyinka and  Ngugi WaThiong’o, among others.

The prize, which also aims to stimulate the production, consumption and circulation of cultural products on the continent, is worth $30,000.

According to the rules shared with journalists, the ‘Association of the Pan-African Grand Prize for Literature, a Congolese non-profit with headquarters in Kinshasa,  the Democratic Republic of Congo, will manage the Prize.

Apart from recognising writers, the prize will also honour others in the value chain. These include publishers, bookshops, and literary critics, “who have distinguished themselves by their contribution to the development of African literature.”

Entries for the prize, fiction in prose or verse, must be in the two official languages of the AU, French and English, and published after January 1, 2020.

Though no theme is imposed on the participants, the “works must reflect the great values enshrined in the AU Charter, such as solidarity, pan-Africanism and the peaceful cohabitation amongst people.”

An entry form available on the Prize’s website and five copies of the book can be submitted to the African ministry in charge of culture in the writer’s country of residence latest June 15. The ministry will, in turn, forward them to the office of the Association of the Pan-African Grand Prize for Literature at the Congolese Ministry of Culture in Kinshasa/DRC. The author can also send the entries directly to the office of the association.

Some of the other rules are: “Participation in the contest is individual, open, without age limit, free and to all African writers on the continent and in the Diaspora. The submitted works will be assessed on the basis of the quality of the writing, the relevance of the theme and the originality of the creation. The participant is required to submit only one title. The deadline for receipt of entries is June 15, 2021.

“A panel of judges composed of professionals of the literary sector, set up by the organising committee of the Pan-African Grand Prize for literature association, will be in charge of evaluating the competing books and choosing the winner from a selection of the five best titles suggested by a reading committee. The jury is sovereign in its decisions and is not obliged to justify it. It may renounce the awarding of the prize if it considers the works presented to be of a low standard. Its opinion is final.

“In addition to a certificate and an award, the winner will receive a reward of Thirty Thousand Dollars (30,000 US dollars). In agreement with the organising committee, the jury reserves the right to award one or more individual or corporate entities a Special Prize or Special Mention of the judges. The beneficiary of this recognition will be awarded a certificate of merit and Five Thousand US dollars (5,000 USD)

Food blockage and wake-up call to the West

Decoding ‘no fly zone’ over Zamfara

‘My writings are for positive changes’

Banjo out, Ezeigbo in as NLNG reconstitutes Literature Prize Board